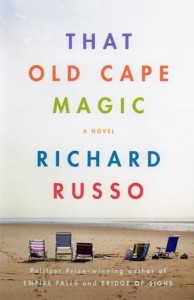 So many books, so little time—part four.

This was the year I started keeping my list in Excel format. I think I also got an iphone and was able to read digitally in those car pool lane, doctor’s office waiting room, etc. moments that moms seem to have so many of. My favorite books included That Old Cape Magic by Richard Russo (always a favorite author) and Little Giant of Aberdeen County by Tiffany Baker. 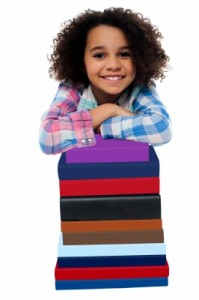 I seem to be in a minority, but I’m more amused than annoyed by all of the navel-gazing that happens on Facebook.

One of my favorite features is the “best book lists” that people post on their profiles. Reading them feels like spending an afternoon browsing through a great, used bookstore, or a morning at a bibliophile’s estate sale-and, okay, occasionally like an evening at a very pretentious cocktail party.

You can learn a lot about your friends by eavesdropping on their virtual bookshelves.

Not only have I gotten turned on to excellent but obscure books I never would have picked up-thanks to Heidi for The Giant’s House by Elizabeth McCracken and to Dan for Beginner’s Greek by James Collins—but I’ve been re-reminded of some of my favorite authors who have fallen off my radar screen.

Still, it’s almost impossible for me to create a list of my favorite books. Two of my favorite writers, Jane Austen and Nora Roberts, have written almost 200 books between them! There are way too many to choose from. A favorite book list seems like a daunting task.

Instead I’m going to take a stab at a mere fraction of the “Books I Wish I’d Written.” In no particular order, here are five of the books that I am mesmerized by and in fact worship to the point that they could easily turn me into a ginormous green-eyed monster if I didn’t like their authors so darn much.

The Accidental Tourist by Anne Tyler—Tyler makes it look deceptively easy to portray the complexities of relationships in this book about a guy who recovers from mourning the death of his son with the help of a very quirky dog trainer. Incidentally, he writes travel books for people who don’t like to travel but are forced to, hence the title. I’ve read everything Tyler’s ever written and I am constantly awed by her ability to bring characters and relationships to life with her minimal but letter-perfect prose.

Operating Instructions by Anne Lamott—I doubt there has ever been a more honest, hilarious and brutal depiction of early parenthood than this book, which is a journal of Lamott’s son’s first year of life. Forget the baby booties and the bassinets; Operating Instructions is my favorite baby shower gift for expectant parents.

Are You There, God? It’s Me Margaret by Judy Blume—This book could have been called “Are You There, God? It’s Me Leslie” when I read it in 6th grade, that’s how strongly I related to her treatise on training bras, menstruation, first kisses, zits, and bratty little brothers and sisters. Unlike many classic books that are better to have read than to actually read (the ones you suffer through to pass an English test or to not be ostracized out of future water cooler conversations), this is a REAL classic.

Harry Potter and the Sorcerer’s Stone by J.K. Rowling—Granted, I’ve only read about half the series and have been more than satisfied with watching the movies and updates from my son, but is there anyone in this world who doesn’t wish they had come up with this jackpot of an idea? So what if I’m only marginally interested in fantasy books. Rowling is a real life Cinderella story, complete with a Scottish castle to stash all of her millions. Between that and getting so many kids excited about reading, how could I not want to have written this book and its six successors?

High Fidelity by Nick Hornby-Remember mix tapes? This book-a story about a “bloke” who runs a London record store and his reluctant ascendance to adulthood-is one of those perfect mix tapes combinations I wish I had thought of, a funny, sweet and endlessly interesting argument about growing up, falling in love and arcane pop music. Hornby’s writing is both brilliantly thought provoking and accessible. As a writer, he’s everything I look for as a reader, and everything I want to be when I grow up.

When Leslie’s not reading or writing, she’s usually on a hunt for her next favorite book. Send your recommendations to Leslie@LeslieDinaberg.com. For more columns visit www.LeslieDinaberg.com. Originally published in the Santa Barbara Daily Sound on August 28, 2009.