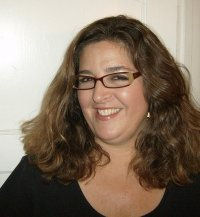 Leslie Dinaberg is a professional editor and writer for magazines, newspapers, websites, books, marketing materials and apps. Recent projects include serving as the Managing Editor of UC Santa Barbara Magazine, a new publication launched winter 2021. She was the Editor in Chief of Touring & Tasting (a national wine and travel publication and website) and served for more than a decade as the Managing Editor of Santa Barbara SEASONS (a glossy regional lifestyle magazine and website), where she also wrote the weekly Cocktail Corner columnist because she believes in giving herself first crack at the best assignments. She is currently a regular contributor to several national and regional publications.

She is the author of three nonfiction children’s books and the co-author of Hometown Santa Barbara, an insider’s guide to Santa Barbara. Leslie moved to Santa Barbara when she was in kindergarten, and other than a decade of infatuation with the world of entertainment in Los Angeles, has continued to live and work in her hometown.