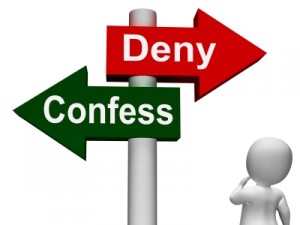 G-U-I-L-T should really be a four-letter word.

Years ago, when I was in full-blown rebellious teenage daughter mode, I jotted this quote down from Katherine Lee: “If there’s anything that can match the heights of mother-love, it’s the depths of mother-guilt.”

Boy is that ever true.

I was raised on a diet of guilt. Sure, it was well seasoned with humor (which I must add, so I won’t feel too guilty when my mom reads this), but guilt is so deeply embedded into my DNA that I feel guilty not having mastered guilt yet.

I’ve spent most of my life making important decisions based on the avoidance of future guilt. If I don’t finish the laundry tonight then my son will have to wear dingy underwear tomorrow. What if he gets in a car accident because he has dingy underwear? Does the dentist really know if I skip one night of flossing? If I watch “The Next Food Network Star” tonight instead of “Desperate Housewives” will I be personally responsible for the end of scripted television? What if I skip that one school board meeting and they vote to cut out recess? It never seems to end.

Some days it feels like my whole life has been one, big, guilty, mental dress rehearsal for all of the bad things that might happen if I don’t do all the good things I’m supposed to.

Yet, despite so many years of good girl-dom, good wife-dom and good daughter-dom tangled with all the woulda coulda shoulda catastrophes in my head, I am still surprised by how entwined guilt is with being a mom.

It’s not even noon yet and already the ugly wheels of self- recrimination are grinding against each other in my head. When I dropped off Koss at school, I felt guilty for driving my big fat carbon footprint car (but I can’t afford a Leaf or a Volt, so I feel guilty for not working more to make more money). Then I felt guilty paying $4 for a latte when I had perfectly good coffee at home. But I hadn’t gotten up early enough to make the coffee, another thing that made me feel guilty.

Plus it was Beach Day so I made sure Koss had sunscreen, a towel and his own sandwich in case he didn’t like the ones the other mothers made, but I wasn’t driving on the field trip and wasn’t even going to come to the beach until after lunch because I had to finish writing a story first, which of course, I felt guilty about. Then there’s the fact that I didn’t sign up in time to bring the sandwiches he likes, not to mention all the baking I haven’t done for all the parties and events in these last four years of school.

It’s enough to make you drown in guilt.

Erma Bombeck once called guilt “the gift that keeps on giving.” She was so right. I used to blame it all on my mom, who has an amazing ability to shoot guilt darts with the slightest change in the tone of her voice. Of course I feel guilty about blaming her, especially now that I realize that she couldn’t help it.

I finished the story but left dishes in the sink and beds unmade in order make it to the beach before the party was over.

The minute my son saw me he gave me a huge grin and a hug. All that rushing and hustling was worth it after all.

Then he hit me with the stinger: “Finally you’re here, mom. What took you so long?”

I couldn’t have said it better myself. 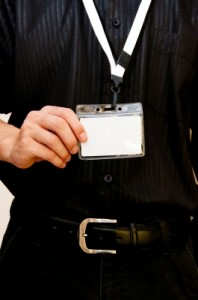 “Manroot” and “Roadkill” were my husband’s favorite baby names when I was pregnant. I could never quite tell if he was serious- especially when he would wax rhapsodic about all the umlauts we could crow “root” with. I just laughed, as I blew off those suggestions as best I could, and continued looking at naming books.

Then he pushed for “Anastasia,” which I thought was pretty, until Zak admitted that he liked the name because of its potential nickname- “Nasty.” Talk about asking for trouble. That’s even worse than “Roadkill.”

“Tumbleweed” had some traction during the second trimester. We also discussed the possibility of a combination of our fathers’ names-“Jim Bob.” I was joking, but again, I’m not so sure about my husband.

Needless to say, I was overjoyed when we both agreed on “Koss” for our son’s name. It’s my grandmother’s maiden name, so it had sentimental significance; it’s unusual, so he wouldn’t have to deal with the whole “Koss K.” and “Koss A.” in school; and it’s easy to pronounce-or so I thought.

In the 12 years and two weeks and two days that my son has been around, I have never once said his name to another adult and then continued on with our conversation.

Kids are fine with “Koss” as a name. I think it’s because all words are relatively new to them, so Koss/Kylie/Klamato, it makes no difference. However, to the Mike/ Jeff/John/Linda/Lisa/Karen generation (i.e. adults), “Koss” inspires all kinds of confusion, and that’s even before he starts telling you about mythical creatures or giving you multiple- choice questions about all the books he read this summer.

An introduction to my son is frequently greeted with: “How do you spell that?” “What language is that?” “Oh, like the headphones?” or most often, “Huh?”

I had no idea that picking an unusual-yet-easy-to-spell-and- pronounce moniker for my son would produce so much additional conversation. I had to feed 75 extra cents into my parking meter the other day, just to explain Koss’s name to a particularly dim receptionist.

I can only imagine the kind of namer’s remorse that “Superman 4Real’s” parents must be feeling right now. Did you hear about those zany New Zealanders? They wanted to name their son simply “4Real,” which is perfectly understandable, but ran into an obscure Kiwi law prohibiting names beginning with numbers. That’s right, there’s actually a law in New Zealand against naming your child “100Proof” and apparently some discretionary power in that country, unlike ours, where they recently took stands against “Satan” and “Adolf Hitler” (the names, not the actual entities).

This whole naming business can be awfully stressful. The Wall Street Journal reports an unprecedented level of angst among parents trying to choose names for their children.

While you can expect to see a lot of Jacob’s and Isabella’s running around playgrounds in the next few years (those were the most popular names in 2010), original names-or at least more original names-are now in. The 1980 Social Security Administration data show that the 10 most popular baby names were given to 41% of boys and 23% of girls. But last year, just 8.4% of boys and 8% of girls were given one of the year’s 10 most popular names.

Not only are popular names getting less popular, apparently the ten zillion baby naming books and websites are no longer adequate tools to select a baby name. The name game is so stressful that people are starting to turn to strangers for help. Mommies- and daddies-to-be can now hire baby-naming consultants, to the tune of $250 an hour.

I could do that job. Flynn Stone, bad idea. Richard Tester, oh please. Harold Butts, are you kidding me?

So, I’ve finally found the answer to Juliet’s oft-quoted question, “What’s in a name?” If I play my cards right, about $250 an hour.