She said/she said … and now it’s up to the jury to decide whether Judge Diana Hall or her former lover, Deidra Dykeman, is more credible. Hall was charged with four misdemeanors, including driving under the influence, driving with a blood-alcohol level higher than .08 percent, domestic battery and brandishing a weapon.

She is also charged with two felonies: dissuading a witness by force or threat (use of gun is a special allegation) and damaging or obstructing a phone used to call the police. If Hall is found guilty of a felony, she will be removed from the bench and barred from ever practicing law again.

In tying up their cases late Tuesday, defense attorney Jack Earley portrayed Hall as the victim of a vengeful lover trying to hang on to the relationship, while prosecutor Kimberly Smith chided Earley for “blaming the victim” tactics and depicted Hall as erratic and deceitful.

Painting herself as the victim because she felt her judicial career “would be over” if it came out that she was a lesbian, Hall said, “I felt like I was basically a prisoner to the relationship … My lifestyle was perceived as straight … I could not live an openly gay relationship.” Hall said that keeping her privacy about her sexuality was a priority since the beginning of the relationship and that over time Dykeman became obsessed with “outing” her by acknowledging their relationship in public.

Adding to the dissonant aspects of the trial were two other Santa Maria Courthouse figures who served as witnesses. Defense witness Nancy Canter, whose husband is a judge, spoke of her friendship with Hall, and attended the entire trial (after testifying) in support of Hall, while prosecution rebuttal witness Judge Barbara Beck, an openly gay woman, testified that she had encouraged Hall to treat Dykeman with more respect. “I tried to assure Diana that (her being a lesbian) really didn’t matter to anyone in the community,” Beck said.

In explaining the events of last Dec. 21, Hall said that when she told Dykeman the relationship was over, Dykeman threatened to call 9-1-1 and “ruin my career.”

Dykeman’s testimony about the night in question paints a very different picture of an irrational, violent Hall, drinking excessively and threatening to shoot one of their dogs.

While the 9-1-1 tapes appeared to support Dykeman’s version of the events, Hall said she never threatened Dykeman. In fact, Hall testified, “I heard her on the phone (to the 9-1-1 operator) … yelling all of these absurdities. I never touched her. … Then I heard her say I had a gun. I had nothing in my hand.”

Describing Dykeman as “totally crazy,” Hall got into her car to “go down to the Solvang Courthouse and either stay there or call some friends.” Police officers on their way to her home stopped Hall and arrested her less than a mile away, after she failed a field sobriety test.

The seven-woman, five-man jury began deliberations late Tuesday afternoon. As of press time they had not yet reached a verdict. 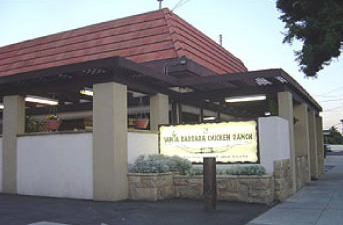