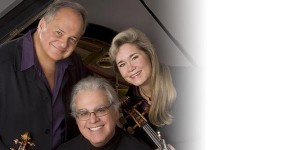 Carnegie Hall commemorated their 30th Anniversary in 2007 with a concert in Stern Auditorium. One of today’s most beloved ensembles, these three artists share their passion for music with audiences worldwide. Tickets are on sale now at the Lobero Theatre Box Office; call 805/963-0761 or visit lobero.com.