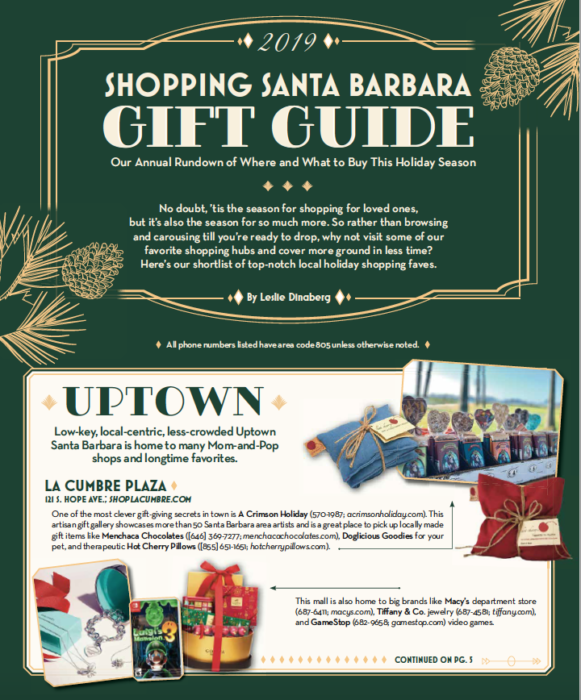 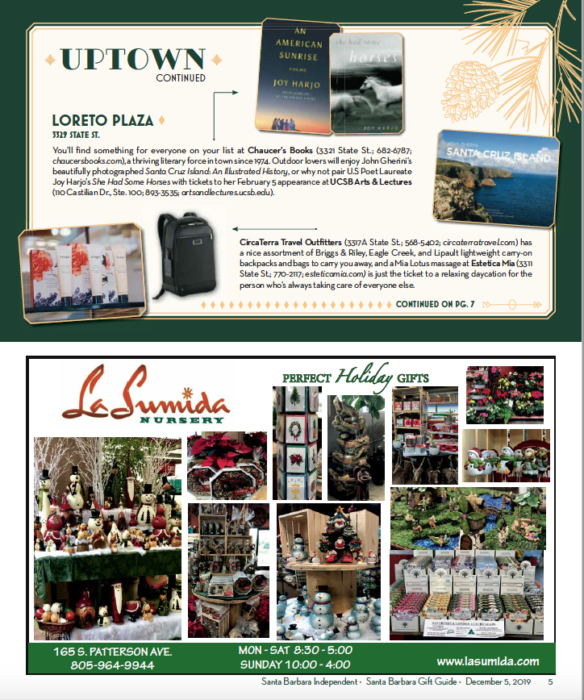 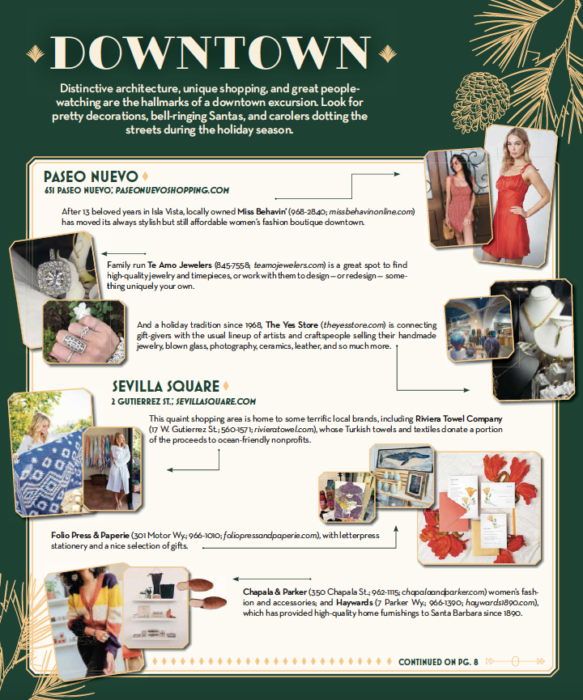 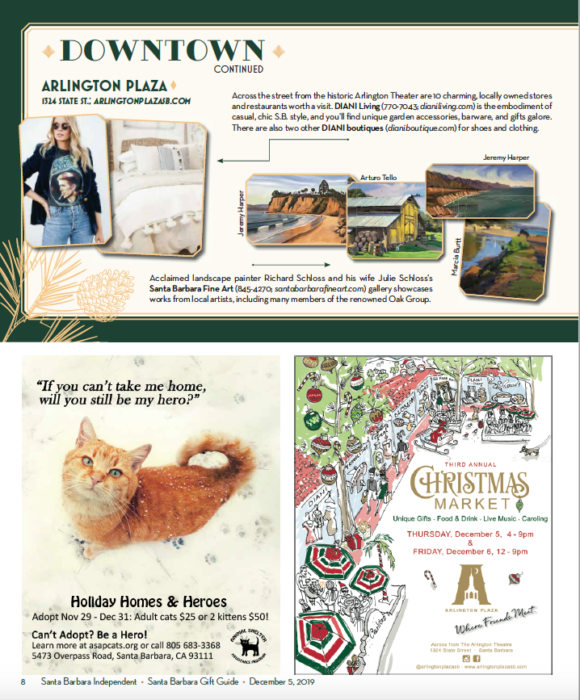 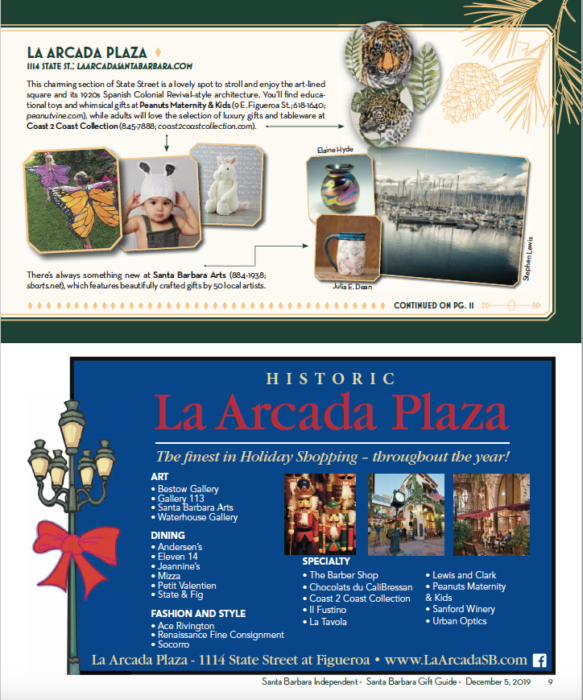 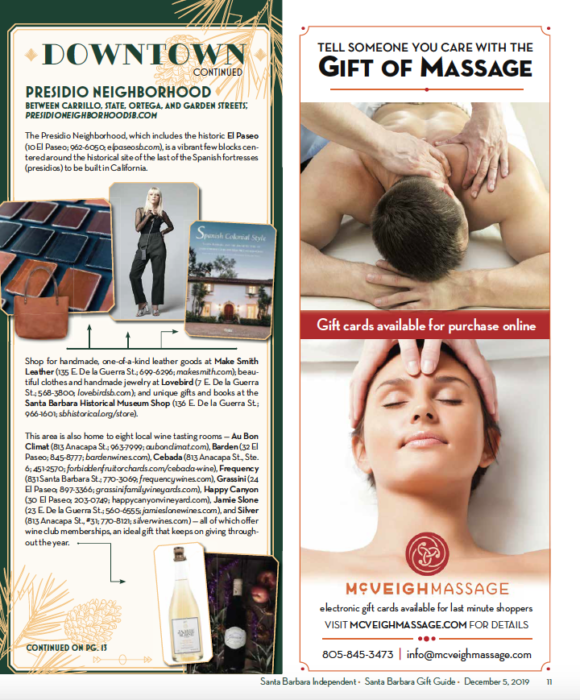 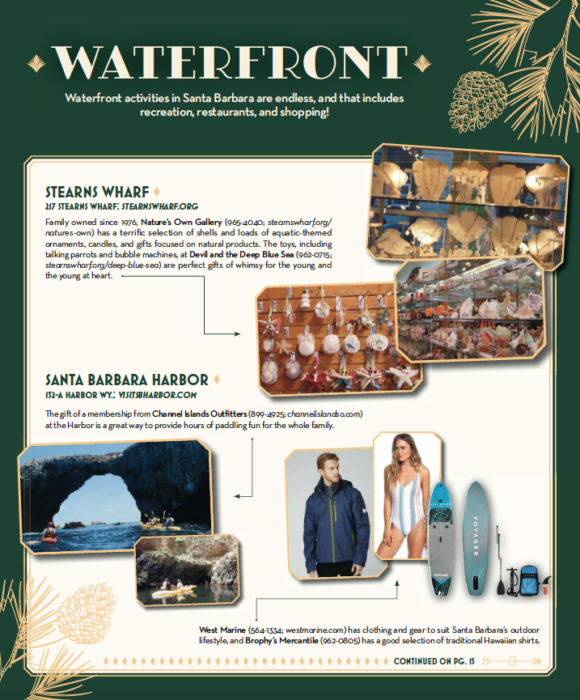 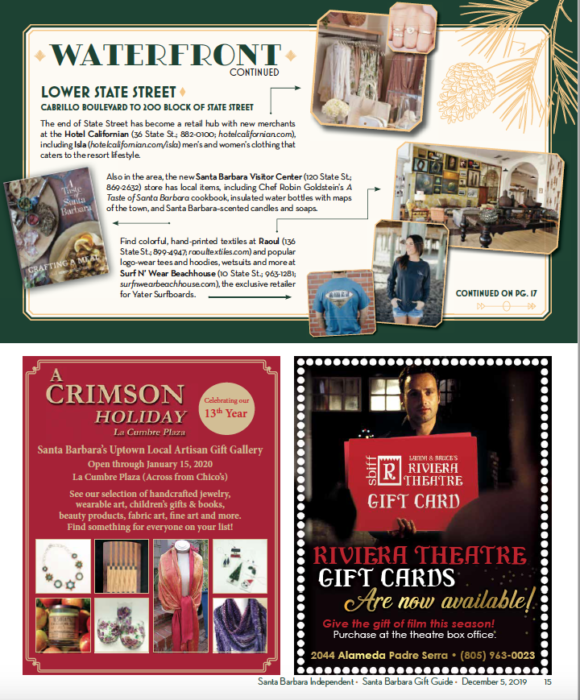 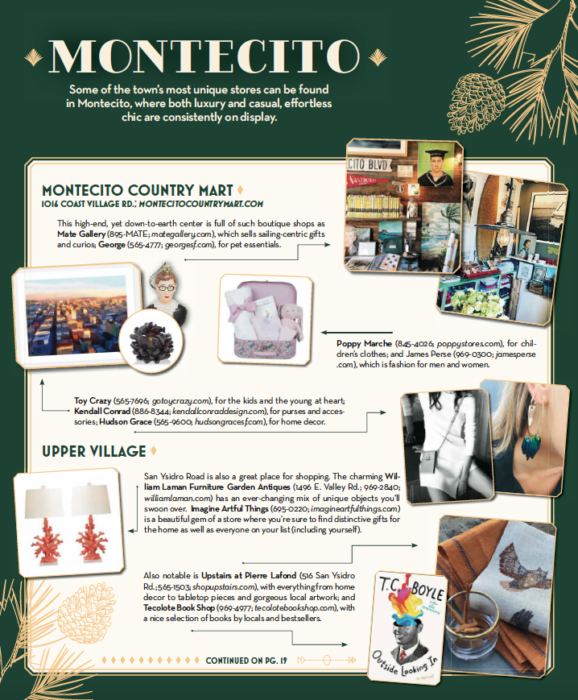 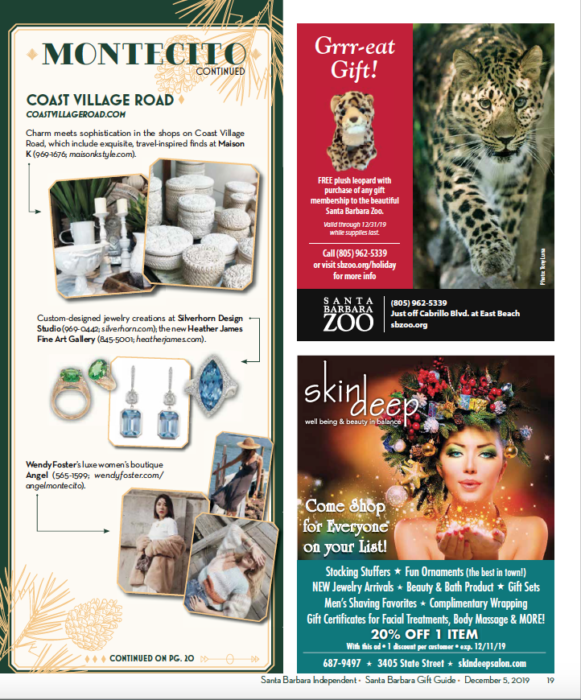 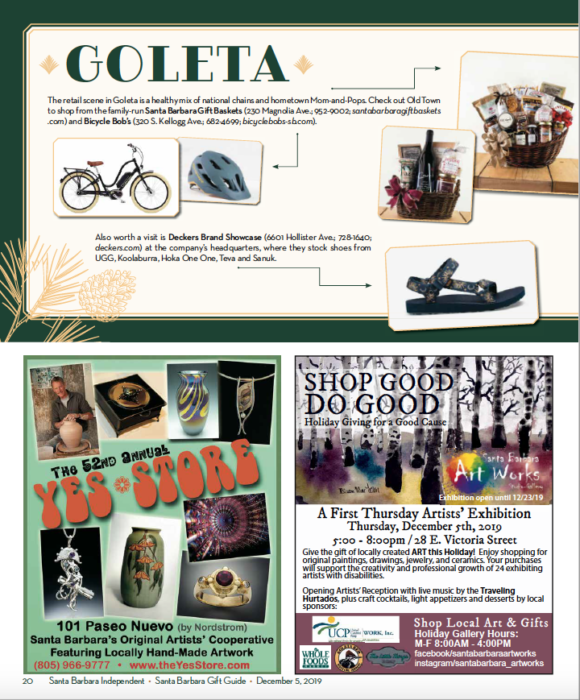 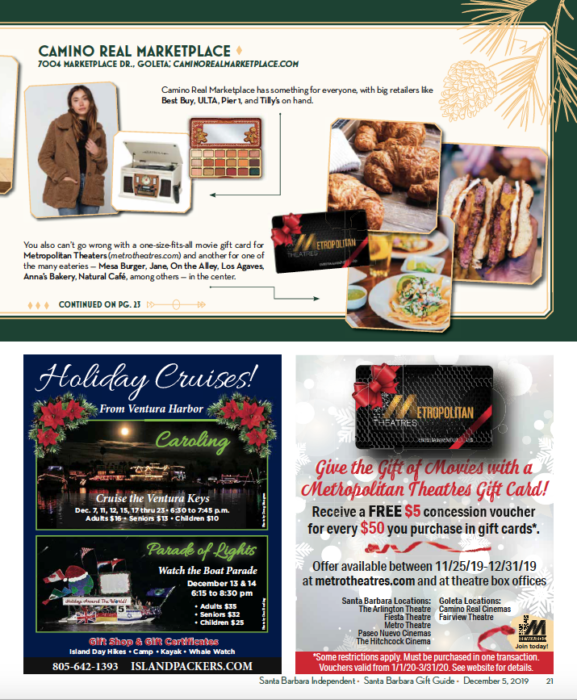 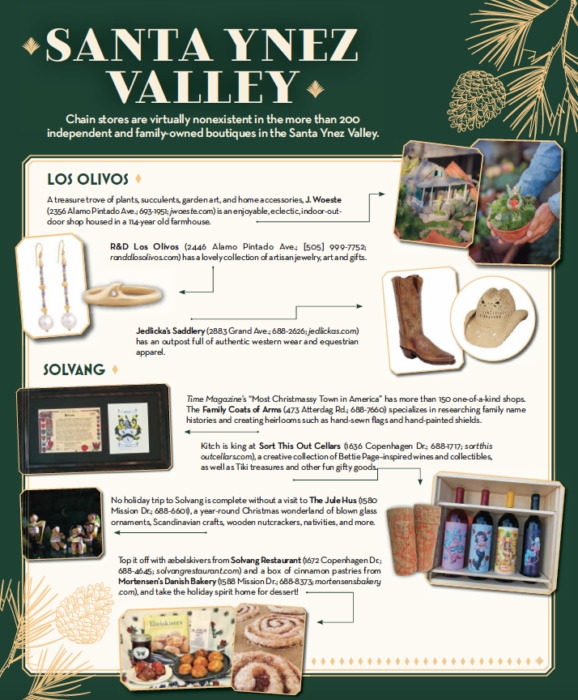 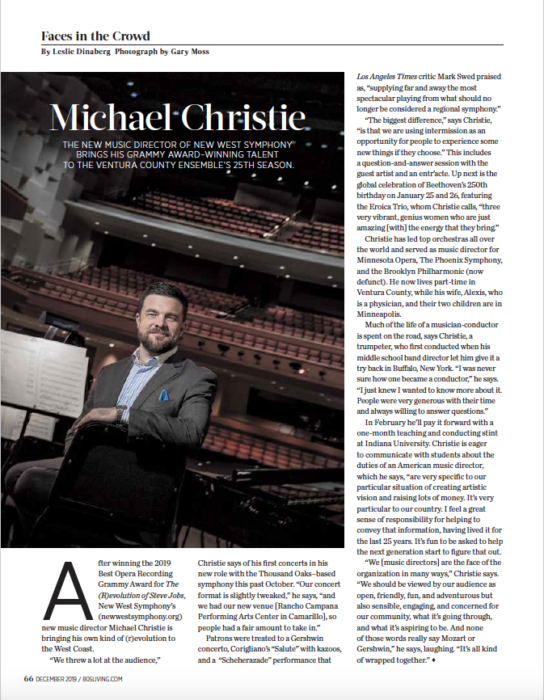 Faces In the Crowd: Michael Christie, photo by Gary Moss. This story appeared in 805 Living, December 2019.

After winning the 2019 Best Opera Recording Grammy Award for The (R)evolution of Steve Jobs, New West Symphony’s (newwestsymphony.org) new music director Michael Christie is bringing his own kind of (r)evolution to the West Coast.

“We threw a lot at the audience,” Christie says of his first concerts in his new role with the Thousand Oaks–based symphony this past October. “Our concert format is slightly tweaked,” he says, “and we had our new venue [Rancho Campana Performing Arts Center in Camarillo], so people had a fair amount to take in.”

Patrons were treated to a Gershwin concerto, Corigliano’s “Salute” with kazoos, and a “Scheherazade” performance that Los Angeles Times critic Mark Swed praised as, “supplying far and away the most spectacular playing from what should no longer be considered a regional symphony.”

“The biggest difference,” says Christie, “is that we are using intermission as an opportunity for people to experience some new things if they choose.” This includes a question-and-answer session with the guest artist and an entr’acte. Up next is the global celebration of Beethoven’s 250th birthday on January 25 and 26, featuring the Eroica Trio, whom Christie calls, “three very vibrant, genius women who are just amazing [with] the energy that they bring.”

Christie has led top orchestras all over the world and served as music director for Minnesota Opera, The Phoenix Symphony, and the Brooklyn Philharmonic (now defunct). He now lives part-time in Ventura County, while his wife, Alexis, who is a physician, and their two children are in Minneapolis.

Much of the life of a musician-conductor is spent on the road, says Christie, a trumpeter, who first conducted when his middle school band director let him give it a try back in Buffalo, New York. “I was never sure how one became a conductor,” he says. “I just knew I wanted to know more about it. People were very generous with their time and always willing to answer questions.”

In February he’ll pay it forward with a one-month teaching and conducting stint at Indiana University. Christie is eager to communicate with students about the duties of an American music director, which he says, “are very specific to our particular situation of creating artistic vision and raising lots of money. It’s very particular to our country. I feel a great sense of responsibility for helping to convey that information, having lived it for the last 25 years. It’s fun to be asked to help the next generation start to figure that out.

“We [music directors] are the face of the organization in many ways,” Christie says. “We should be viewed by our audience as open, friendly, fun, and adventurous but also sensible, engaging, and concerned for our community, what it’s going through, and what it’s aspiring to be. And none of those words really say Mozart or Gershwin,” he says, laughing. “It’s all kind of wrapped together.” 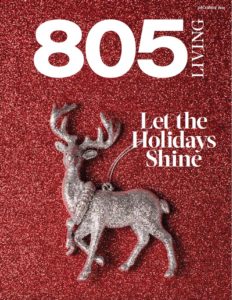 The golden age of Hollywood glamour is alive and well at celebrity-makeup artist Ashley Ann Harris’ new The Starlet Studio (thestarletstudio.com) in Westlake Village. Taking inspiration from her grandmother Marilyn L. Riess—a dancer and background actor who appeared in films starring Gene Kelly and Frank Sinatra—Harris says, “The studio was designed to emulate a starlet’s dressing room, but with a modern twist. It is a lush, old Hollywood atmosphere, where you can escape from the everyday and feel like a star with your own personal makeup artist in your private dressing room.”

Harris, who has worked with Brooke Shields, Anna Kendrick, and Hilary Duff, among others, says, “Just like your favorite celebrity getting ready for a red carpet event, you can now enjoy personalized makeup services.” Book early to glam up for the season’s holiday celebrations. 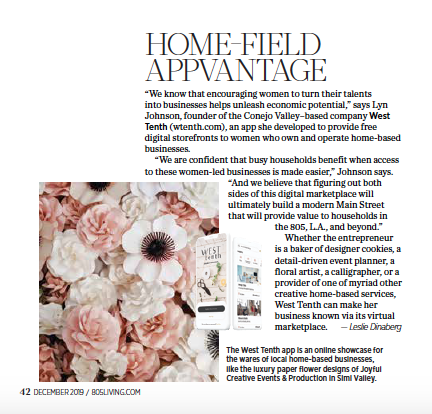 The West Tenth app is an online showcase for
the wares of local home-based businesses,
like the luxury paper flower designs of Joyful
Creative Events & Production in Simi Valley. Story appeared in 805 Living, December 2019.

“We know that encouraging women to turn their talents into businesses helps unleash economic potential,” says Lyn Johnson, founder of the Conejo Valley–based company West Tenth (wtenth.com), an app she developed to provide free digital storefronts to women who own and operate home-based businesses.

“We are confident that busy households benefit when access to these women-led businesses is made easier,” Johnson says. “And we believe that figuring out both sides of this digital marketplace will ultimately build a modern Main Street that will provide value to households in the 805, L.A., and beyond.”

Whether the entrepreneur is a baker of designer cookies, a detail-driven event planner, a floral artist, a calligrapher, or a provider of one of myriad other creative home-based services, West Tenth can make her business known via its virtual marketplace.