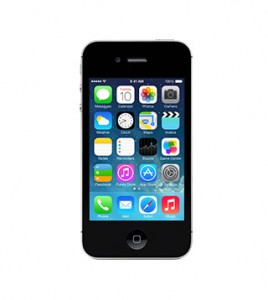 I used to have a pretty good memory, but now there’s an app for that.

I used to have a pretty good memory. Now I have an iPhone.

Actually, I used to pride myself on having a great memory; at least I think I did. To tell you the truth, it’s a little bit fuzzy. I know I used to be really good at Trivial Pursuit. Remember that game? I was much better at Trivial Pursuit than I am at Sequence, where the cards are all face down and you have to remember where they are and put matching sets together. Wait that’s not Sequence, that’s another game. Concentration? I know it’s not Scrabble. I’ll have to email my sister to find out the name of that game. One of her daughters was really good at that game.

Anyway, as I said, I used to have a pretty good memory. At least I think I did. Now I don’t have to remember anything anymore because I can look it up on my iPhone-as long as I remember to charge my battery.

I recently read somewhere-I wish I could remember where-that you shouldn’t worry if you pick up the phone and can’t remember who you were going to call. But if you can’t remember how to use the phone, then it’s time to worry.

Boy, that’s a relief. I still know how to use the phone, although if I lost it I might not be able to figure out how to find my way home without its GPS app.

Now what was I saying? Oh yeah, I used to have a pretty good memory but now that I have so much information at my fingertips I don’t really need to remember so many things, which is good, because I can’t do that anymore.

The one thing I’ve never been good at remembering are people’s names. Somehow I always find myself thinking up fictional new names for them before I’ve memorized the originals. Don’t you think Lindsey Vonn seems more like a Bunny McPhearson and Jon Hamm should really be named Dirk McHandsome? I’ve got nicknames for people I’ve never even met, but when I meet new people I tend to forget their names instantaneously, before they’ve even made their way into my brain.

I would worry that this issue with names was a sign of old age, but I’ve been doing it as long as I can remember, which is still pretty long.

There are two ways I get around this name-forgetting problem (I suppose paying better attention would also work, but somehow that is much too hard for me). One, I hope that someone else whose name I don’t remember comes up to us and I can instruct them to introduce themselves or, two, I hand over my iPhone and ask the new person to put their name and their number into it. Of course the danger with this is that I end up making social plans with people I don’t know, while I barely have time to see my close friends and family. Luckily I can still text them or keep up with them on Facebook using my iPhone.

But I still can’t remember the name of that Memory game that my niece was so good at. Maybe I can find it online on my phone. There it is. It’s called “Memory.” Huh. Memory. Doesn’t it seem more like it should be named Concentrate McBoardGame? 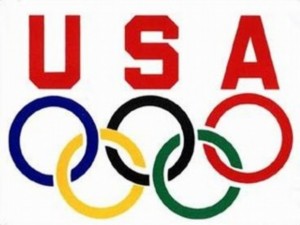 One of my favorite things about the Olympics is that they allow me to root for America’s quest for world domination without a bit of ambivalence. Unlike the complicated wars and diplomatic situations our country gets involved with, for often incomprehensible reasons, the winners and losers of the Olympic Games are fairly clear cut, with none of those pesky gray areas to fret about. Go USA!

The competition between the Summer and Winter Olympics is a little bit murkier.

It might be easy to assume that because I grew up in Santa Barbara, the Summer Olympics would always get the gold. Volleyball, swimming, gymnastics, water polo, diving, basketball, tennis-these were the sports I played and watched, so I could easily appreciate the athleticism required to be the best in the world at any of the summer sports.

The Winter Olympics are a bit more foreign to me. Curling, Luge, Bobsleds—I’m never quite sure what these events are about. Not that this stops me from putting in some marathon TV hours. I’m staying up well past midnight this week to do my part for the Olympic team, yet no one’s giving me million dollar endorsement deals. I don’t even get a free Nike Jacket, and the snowboard team’s plaid ones are really cute. Heck, at this point I’d settle for a Gatorade.

But even more than the exotic challenge of figuring out some of the rules, the thing about the Winter Olympics that keeps me faithfully glued to the TV—for many, many more hours than can possibly be healthy—is the drama. Almost all of the winter sports have the possibility for huge airborne, gravity-defying success or even more ginormous, dream-crashing failure.

The brutally cold hard fact that so many of these athletes could bite it and get seriously hurt is what keeps me on the edge of my seat for the Winter Olympics. Just uttering the name “Skeleton” (a sport where people lie face down on a sled and go careening down a frozen track without any brakes) runs a chill down my spine. The same thing with “Biathlon.” Did anyone really think it was safe to combine cross-country skiing with speed trials and shooting? Next thing we know they’ll make it a “Triathlon” and bring in Curlers to throw rocks.

The Winter Olympics could be a great action adventure movie. I can just see the trailer: Exotically handsome Apolo Ohno (Oh! No!) courageously fights off two South Koreans who knock each other out, and then victoriously clutches the American flag on the short track. Meanwhile, injured Lindsey Vonn “America’s fastest bikini-model-not-named-Danica Patrick,” whooshes her way downhill for an impressive gold medal victory. Could a romance be brewing between these two?

And that’s just the first few days of action.

Watching the ice skating in particular, I feel like a rubber-necker at a car crash, anxiously waiting for a triple axel to turn into a bone-bursting accident or a salchow to spin into a crushing calamity. Pairs skating even has a move called the death spiral. You don’t see that in beach volleyball. No wonder I can’t look away.

When Leslie’s not glued to her TV screen for the winter games, she can be reached at Leslie@LeslieDinaberg.com. For more columns visit www.LeslieDinaberg.com. Originally published in the Santa Barbara Daily Sound on February 19, 2010. 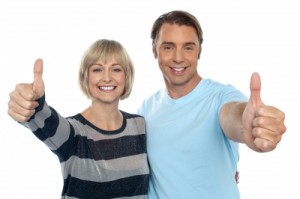 I’ve tried to get my husband into therapy for years – and failed miserably. Why is it that those who are most in need of psychological help are the least able to see it?

Anyway, when I saw an advertisement asking for married couples to participate in a UCSB study on close relationships, I jumped at the chance to get my husband on the couch, even if it was only under the guidance of some 19-year-old psychology students. Not only would Zak finally have the opportunity for some long overdue self-reflection (contemplating one’s navel doesn’t count), but also there was 60 bucks in it for us if we attended two sessions.

Talk about a win-win. They even promised us free parking and snacks.

It was surprisingly easy to talk Zak into going. He was actually excited. On our drive out to UCSB he said, “When they ask about our occupations, do we fight crime or do crime?”

“Honey, I think you should just tell the truth and get as much out of the session as you can,” I said.

Yeah, sure. Whatever gets you onto that couch, dear.

After a brief introduction by a spectacled graduate student in a white lab coat who was, I swear, no more than 14 years old, Zak and I were put into two separate rooms to do some tests.

The first exercise was a series of questions about our relationships. We had to weigh our answers on a scale of one (where you strongly disagreed with the statement) to seven (where you strongly agreed with the statement) or a scale of one (I’m not at all like my mother, how dare you) to nine (I’m exactly like my mother, so deal with it) and so on.

I contemplated using my cell phone to call Zak in the room next door to help me with the test. Would wanting to work together show that we had a healthy relationship or that I was being a complete neurotic idiot? I reminded myself that there couldn’t possibly be any “wrong” answers, and tried to answer the questions the way a healthy person would, giving myself props for refraining from calling Zak as I opened my veins and sweated out answers.

A sample question: “How much time do you spend thinking about your relationship with your spouse?” Does wishing he looked like Brad Pitt count?

So far this study wasn’t really doing much to bring me closer to my husband, although we did go out to lunch with our stipend.

For our final session, they flipped a coin to decide which spouse would do which activity. Zak got to do a puzzle (something that’s incredibly fun and easy for him) while I had to give a speech (something that’s exceptionally painful and stressful for me).

Hmmm … I wondered just how random that little coin toss was as I contemplated my speech instructions, to fill five minutes, as though I were on an interview for my ideal job. While I can fill thousands of column inches writing about myself, actually talking about myself for five minutes felt like an eternity. Luckily Zak stepped in with some questions, coaxing me into describing how working no more than 25 hours a week would benefit my future employer (I’d be in such a good mood if I could sleep in till 9 every morning!) and why the loan of a company car (preferably a convertible) would help reduce my stress and therefore enhance my creativity.

The researchers found our silly banter to be symptomatic of a healthy relationship. Who knew? We later found out that we had been observed by the psych team the whole time. Thank goodness we didn’t turn the waiting room into a “What’s the craziest place you’ve ever made whoopee?” response, as my husband had suggested earlier.

They explained that the study was designed to help understand how spouses help each other cope with stressful life events and how that relates to marital satisfaction.

I didn’t have the heart to tell our grad student (who actually was 24, even if she looked 12) that the tests weren’t really that stressful, especially when she seemed so pleased with our performance. When Zak and I reviewed our answers we found that despite our contention that his father and my mother would make a terrible couple, we were actually more alike that we thought.

If he’s more like me than I thought, maybe he doesn’t really need therapy after all.

I told Zak, column comedy opportunity aside, participating in the study actually left me feeling pretty good about our relationship.

“That’s good,” he said, “because it really took very little work on my part.”

And that just might be the real secret to a healthy close relationship. That and fighting crime together.