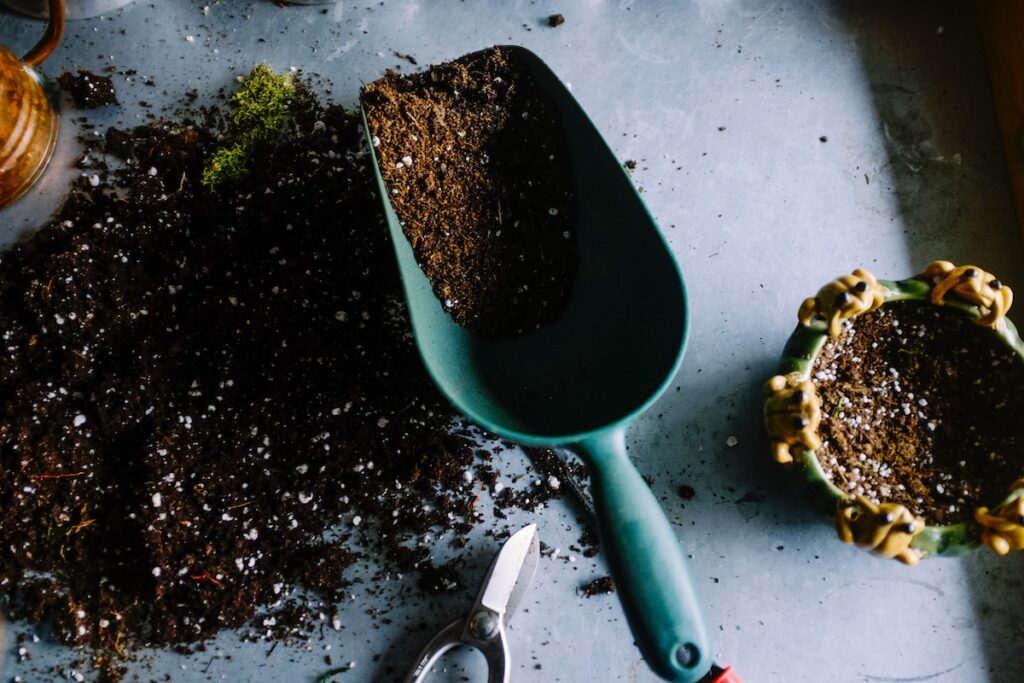 The benefits of sustainable gardening and regenerative agriculture took the spotlight at a recent sustainability salon featuring Community Environmental Council (CEC) climate resilience program director Sharyn Main and Lotusland sustainability manager Corey Welles. Here are some of the nuggets they shared at the gathering in Belle Hahn’s beautiful garden on the Upper Eastside.

1) Change Can Happen:  After 32 years at Lotusland, Welles certainly has the dirt on the esteemed garden’s best practices in plant healthcare. “Lotusland wasn’t always a perfectly organic operation,” he admitted. “In the very beginning, it was completely conventional, and they used pesticides. If you were an organic farmer walking in, you would have been horrified.” But the will to become more environmentally sound was there, and they worked to find the way.

“We literally cracked the code; we stopped listening to the conventional minds and started listening to biologists,” he said. “Fertilizers caused 80 percent of the diseases at Lotusland. Once we got the pesticides and chemical fertilizers out of there, we never went back. It was a moment of taking responsibility ​— ​if something’s wrong, you take responsibility for it.” And it worked. The first year, they had a 70 percent reduction in pests, and it increased from there.

2) More than No Pesticides:  A sustainable garden involves more than just getting rid of chemical pesticides. Other key principles include using natural materials such as alfalfa meal, sea kelps, and organic nitrogen sources to feed plants and the soil.

Building up insect ecology is also important. While it may seem counterintuitive, Welles shared that increasing the number and variety of insects in the landscape and providing a habitat for beneficial insects helps control invasions of plant pests. Native plants are especially good for this.

The other key sustainable practice at Lotusland is recycling all of the plant material removed from the garden back in the form of compost teas and mulches that are reused in the garden. 3) Demonstrate the Way:  Lotusland wasn’t yet open to the public when Main was a teenager in the 1970s, but she confided that it didn’t stop her from sneaking in to explore. As one of the first wave of environmentalists working for CEC, Main and her colleagues had an organic demonstration garden at the organization’s first offices on the Mesa in one of the earliest green buildings in the country. They had composting toilets (“the cutting edge for energy efficiency”) and a green rooftop with plantings to help cool the building, and they taught people about organic agriculture and gardening while discouraging the use of pesticides. She even co-wrote a book called BUGS (“Beneficial Urban Garden Strategies”), which was published in both English and Spanish.

“That garden was super important to our program,” said Main. “We talked a lot about the value of using native plants to protect biodiversity and improve soil health as part of an organic food garden.”

4) Regenerative Ag:  One of the ways CEC is working to reverse the climate threat today is by encouraging regenerative, climate-smart agriculture. “These practices ​— ​like applying compost on working lands and planting native plants along edges of fields ​— ​can actually help sequester carbon from the atmosphere. By restoring a natural balance in this way, plants respond by pulling more carbon from the air (through photosynthesis) into the ground, where it’s beneficial to the soil and plants,” said Main.

Carbon farming, a land-based, natural solution to climate change, is a way to transfer excess carbon out of the atmosphere ​— ​where it is causing a lot of harm ​— ​and store it in the soil, where it does a lot of good.

CEC is actively working with ranchers and large landowners, said Main. “If we can apply compost to just 10 percent of our agricultural lands, we could offset the emissions of the entire agriculture sector in Santa Barbara County. So this is doable. This is actually a reasonable thing we can achieve.”

5) Everyone Can Compost:  One of the simplest ways for people to help at home is by making and using compost, said Main. Mow or trim weeds instead of pulling them out at their roots, and compost instead of landfilling yard waste and food scraps.

6) Watch Your Water:  Last but not least on the path to sustainable gardening is the importance of carefully managing water use, a key factor that was mentioned by both Welles and Main. Water conservation is made much easier when pests are under control through the promotion of pollinators and beneficial insects, natural materials are used to feed plants and soil, plant materials removed from the garden are recycled into compost or mulch, and native species are primarily what is planted.

Following sustainable practices includes avoiding polluting chemicals, preserving natural resources, and reducing waste whenever possible. Sustainable gardening is not just about growing plants and maintaining a garden; it’s also about growing a greener future. As Welles said, “You don’t have to sacrifice beautiful, breathtaking gardens to be responsible.” 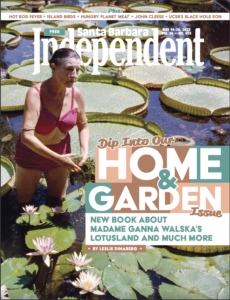