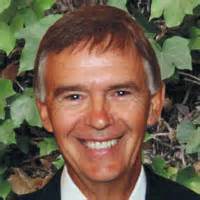 With the same engaging grin and focused attention that have pried philanthropic purse strings loose since he came to town in 1981, Chuck Slosser says he’s excited to tackle retirement after 18 years as executive director of the Santa Barbara Foundation.

What an amazing ride it has been. When Slosser, now 66 took the helm of the Santa Barbara Foundation–Santa Barbara County’s largest private source of funding for nonprofit programs–it had a staff of three, roughly $30 million in assets, and was giving out a few million in scholarships and grants a year.

Compare that to today’s foundation–under Slosser’s leadership, it now has a staff of 23, more than $300 million in assets, and donates about $27 million each year. He’s justifiably proud, but still ready for a slower pace, saying, “I thoroughly enjoyed the foundation and the work that we’ve done here and the great things that have happened in the community as a result. I’ve never objected to the 9 to 5, but it’s really the 5 to 9.”

Slosser and his wife of almost 38 years, Stephanie, who retired from UC Santa Barbara’s biology department three years ago, plan to travel, play golf and do yoga. He’s also interested in playing more basketball (he’s got a regular game at the Boys and Girls Club), taking Spanish lessons, picking up a guitar and a dissertation that have been collecting dust, and perhaps doing some consulting. He smiles. “I really do feel like a kid in a candy store. I want to do that, and I want to do that, and I can’t wait.”

Clearly, Slosser is a man with many interests, which is why the diverse Santa Barbara Foundation was “a dream job come true.” With an infinite variety of grant recipients–Music Academy of the West, Page Youth Center, Special Olympics, Council on Alcoholism & Drug Abuse, Santa Barbara Neighborhood Clinics, Red Cross, St. Vincent’s, Legal Aid, Transition House, Girls Inc. and Wildlife Care Network, to name a few — the foundation was a perfect place for this Renaissance man.

The Sisters of Mercy had their prayers answered on Tuesday, when the City of Santa Barbara approved an additional $6.7 million in redevelopment funds for St. Vincent’s housing project, which will provide 170 affordable units (95 designated for low-income seniors and 75 for low-income families) on the site at 4200 Calle Real.

Housing and Redevelopment Manager Dave Gustafson described the project as a precedent setting joint effort of the Redevelopment Agency, the county and the city. This is by far the largest affordable housing project these groups have ever undertaken, with a total cost estimate of $50 million, $11 million of which will come from Federal HUD funds.

Approximately $10 million will be dedicated to infrastructure and area upgrades near the project site, which the city annexed from the county specifically for development of the St. Vincent’s project. The developers will make improvements to the nearby Cieneguitas Creek, including bank stabilization, habitat restoration and enhanced public access with a new bridge. There will also be new roads, extensive grading, streetlights, sidewalks, utilities, drainage, landscaping and a bike and pedestrian path put in along Highway 154, which borders the project on the east.

A primary factor in the increased cost of the St. Vincent’s project is a worldwide increase in the cost of steel. This has also been a driver in cost overrun estimates for the Granada Parking Garage project.

While the City Council voted unanimously to approve the increased funding (with Roger Horton absent), it was not without expressing some concerns about the cost and the implications for funding of future redevelopment projects.

“I’m thrilled this is happening. I’m not so thrilled steel is going up,” said Mayor Marty Blum.

“This is a great project. But these are staggering numbers,” said Councilwoman Iya Falcone.

Construction on the project will begin this summer. Housing Developer Benjamin Phillips said he is hoping residents can begin moving in within two years.

“From the very beginning, there’s been a profound and palpable commitment from the city to make this happen,” said Sister Amy Bayley. “It’s been a source of encouragement and inspiration to us. The citizens of Santa Barbara should be very proud.”

Originally published in South Coast Beacon on May 20, 2004.