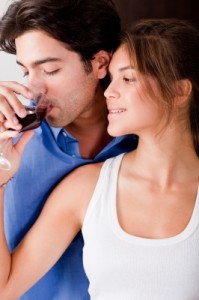 “Film Noir and Pinot Noir,” is on the marquee at Conway Deep Sea Tasting Room (217-G Stearns Wharf), offering a flight of three different Pinot Noirs. The grapes all come from within Santa Barbara County and highlight movies that focus on Pinot Noir’s as well.

Featured at Grassini Family Vineyards Tasting Room (813 Anacapa St.) is the documentary film “Wine for the Confused,” a light-hearted introduction to wine for novices.  John Cleese, a longtime resident of Santa Barbara, hosts the film. Tastings will offer interactive lessons on tasting wine, including blind tastings, as well as sensory experiences to help you decipher the sometimes confusing world of wine.

At Les Marchands Wine Bar & Merchant (131 Anacapa St.), it’s your turn to be the sommelier with “SOMM II: The Sequel.” Join the SOMM movie talent, Brian McClintic, as he and the Les Marchands team guide you through your own blind tasting just like in the movie. Enjoy a wine flight with your choice of red or white and take your best guess, while exploring and learning a little more about wine.

At Margerum Wine Company Tasting Room (812 Anacapa St.) enjoy the “It’s Complicated“ tasting flight and see where parts of the movie were filmed. Try a speciality tasting of the single vineyard Syrah flight, while enjoying clips from the film.

Silent films take center stage at Municipal Winemakers (22 Anacapa St.). With “Blind and Silent,” sharpen your wine tasting skills while enjoying a variety of famous films that will be silently projected. Muni will be offering blind tastings of a variety of its wines, while letting you guess the blend and silent film.

It’s opening night at Santa Barbara Winery (202 Anacapa St.) “Starring Grenache!” and featuring a new release wine flight starring their 2011 Grenaches. Co-starring in the performance will be boxes of locally made Grenache chocolate truffles. Sounds like a delicious way to celebrate the film festival.