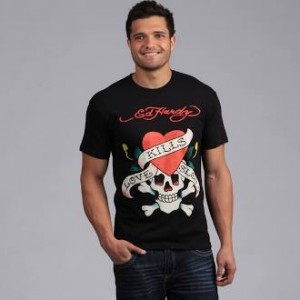 I learned a new word recently: “Dad-olescence,” described by Daily Beast writer Sean Macaulay as the modern, midlife crisis-aged male’s tendency to “act like a sullen teenager … a low-grade regressive style of acting-out that’s now so widespread among midlife males it deserves its own label.”

Unlike the stereotypical midlife crises our parents’ generation had-using the fruits of their success to buy boy toys such as sports cars and hot, young girlfriends-Macaulay says that the double-whammy of delayed parenting and the economic crisis have created an epidemic of Dad-olescents grappling with their own mortality at the same time the credit crunch “nixes any chance of the classic ego-boosting spending spree” and their post-feminist upbringings and subsequent “guilt airbags” keep them faithful to their wives.

No wonder some of these guys are feeling down in the dumps. Party games like “dueling ailments” and “pin the hair on the bald guy” don’t exactly help to lift their 40-something spirits, as evidenced by some of the soirees I’ve attended recently. And piercing your ears and wearing Ed Hardy tee shirts is a lot less fun than driving with the top down on your Porsche.

Yet my husband remains suspiciously chipper, and I’m pretty sure he doesn’t have a Porsche or a hottie. He might be able to keep a Porsche hidden from me, but who has the time or money for a girlfriend? No, I credit this to the fact that he’s so in touch with his inner child. While few women will admit their age, I have found that even fewer men act theirs. I often feel like I have two boys living with me: a ten-year-old and a 12-year-old-in-a-44-year-old-body-who-thinks-he-has-a-34-year-old-body.

For the most part, my two boys play really well together. They both love science fiction/fantasy stories, computer games, Doritos, pretending not to hear what I’m saying, jumping on the furniture and fart jokes. The younger one also likes Pokemon (again!) and watches a lot of sports on TV. But the older one can drive-and buy beer-which is very convenient for me.

The ten-year-old is in that preadolescent, unpredictable tween stage; still young enough to sit on my lap one moment and then greet me with a too cool for school head flip the next. His father’s behavior toward me is equally erratic; depending on what he wants, what he did wrong and who else is around to witness it.

But most of the time, thankfully, they’re both pretty happy guys. I guess I should consider myself lucky there’s not a lot of Dad-olescent behavior going on in our house. Of course there’s always that possibility that they’ll both evolve into moody, uncommunicative teens at some point, but for right now boys will be boys-and so will a lot of middle-aged men.