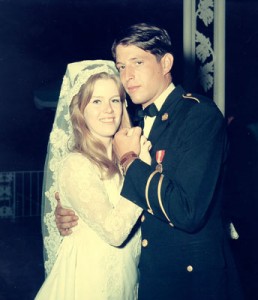 “Marriage has no guarantees. If that’s what you’re looking for, go live with a car battery.”

I was shocked and sad when I heard about the toppling of Tipper and Al Gore‘s marriage. Talk about an inconvenient truth.

With all of the fawning and fanning and cyber-ink devoted to Barack and Michelle Obama’s wedded bliss, I thought crowning them the king and queen of Washington couples so early in their residency was a bit premature. Al and Tipper, on the other hand, seemed to have gone the distance and come out smiling and holding hands. They had even bought a sunny, retirement estate in Montecito, for gosh sakes.

What could possibly have gone wrong?

After so many years in the political hot seat of D.C., I thought they’d be sailing into the Santa Barbara sunset for their golden years. Getting over the painful loss to George Bush, the Gores seemed to be on a roll. Al won a Nobel Peace Prize and an Oscar in 2007, and seemed to be well on his way toward distancing himself from his formerly wooden political punch line persona. And Tipper always seemed to be smiling by his side, happy with the role of helpmate.

Of course the news of the Gore’s separation brought back memories of their famous kiss at the 2000 Democratic Convention. Sure, some found it a bit painful to watch, but don’t forget, back in those days it seemed like the sight of a happy political couple was an oxymoron.

Even now, despite the Obamas’ seemingly solid partnership, there aren’t many examples of long-married-happily-married couples in what one astute Washington Post reader called our “national neighborhood,” so any tension in the ranks can make other married couples feel a little nervous. Instead of that momentary feeling of, “Wow, if they’re still happily married, there must be some hope for the rest of us,” like we did after the convention, Al and Tipper’s breakup feels like, “Huh, if these two people can’t make a go of it, what hope do the rest of us have?”

Not that my faith in marriage or your faith in marriage or anyone else’s faith in marriage-except possibly the Gores’ daughter Karenna who announced she was splitting from her husband of 13 years just a week after her parents announced their separation after 40 years of marriage-should have anything to do with anyone else’s wedded bliss. But still, “it’s more threatening to us if we see a couple we thought were happy just drift apart,” as sociologist Andrew Cherlin told the Post. “If even well-behaved people get divorced after 40 years, then some of us will worry about what our own marriages will be like later in life.”

Thankfully, I have yet to experience one of those, “If those two can split up then is the earth still round and will the sun still rise?” uncouplings among my close circle of friends. Still, I’ve experienced enough vicarious break-ups to know one inconvenient truth-you can never really know or understand what’s really going on in another person’s relationship.