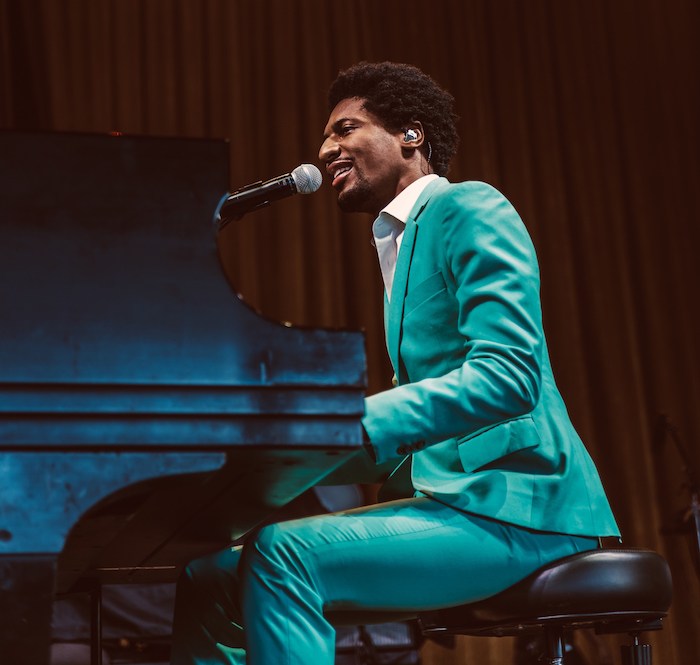 Wynton Marsalis describes him as “an elegant and electric performer with an unbelievably rich palette of techniques and styles rooted in New Orleans soul.”

Batiste is seen by millions on television five nights a week on The Late Show with Stephen Colbert. “The energy and the excitement, the love of the audience, the humanism that he brings to his music is everything that I want,” says Colbert.

With his soulful brand of high-energy pop mixed with New Orleans funk and American jazz standards, his 2013 album Social Music with his band Stay Human topped the charts as the No. 1 jazz album in the world. His new album was recorded in a church in native city of New Orleans and produced by T Bone Burnett. Batiste’s major label debut, Hollywood Africans, is a stunning showcase of the brilliant pianist and vocalist. Primarily just Batiste and his piano, it includes standards, unexpected covers and original songs. This release displays Batiste’s dynamic talents and highlights his musicality and virtuosity on his instrument.

The Forbes 30 under 30 honoree balances a demanding performance schedule—which often includes his signature, impromptu ‘love riot’ street parades—with his role as bandleader on the Late Show with Stephen Colbert, Artistic Director At Large of the National Jazz Museum in Harlem, public speaking engagements, master classes and occasional acting gigs. He played himself on the HBO series Treme and most recently appeared in director Spike Lee‘s Red Hook Summer.

For tickets or more information, call UCSB Arts & Lectures at 805/893-3535 or purchase online at www.ArtsAndLectures.UCSB.edu.