It was so much fun to interview local culinary wizards and talk tats. Check out this week’s cover story in the Santa Barbara Independent, or click below to see the PDF. 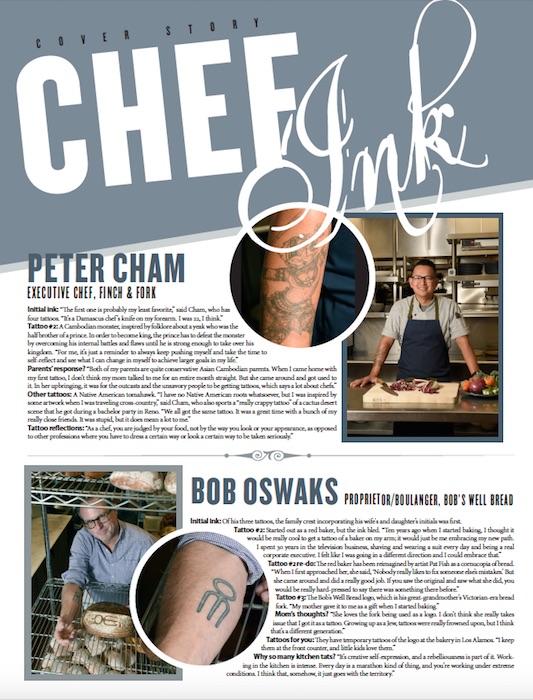 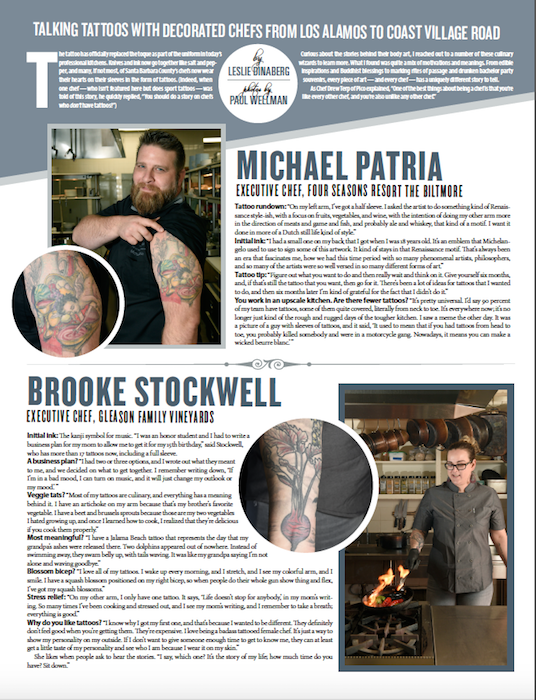 Originally published in the Santa Barbara Independent on January 2, 2020.

It’s always a treat to visit Four Seasons Resort The Biltmore Santa Barbara, and this summer’s tasting series offers some particularly fun ways to celebrate the season. Next up, on July 13, is RED, WHITE & BREW, which features a Tequila Bar, as well as ice cold beer from some of Santa Barbara’s award-winning local microbreweries including Topa Topa, Telegraph Brewing, Brass Bear Brewing, Rincon Brewery, Island Brewing Company and Boochcraft.

In addition, guests can make a meal of it and pair their drinks with ceviche, barbecue suckling pig, Ensenada mussels and chorizo, lime coconut black beans and corn avocado salad from the Four Seasons Resort The Biltmore’s creative culinary team. RED, WHITE & BREW takes place from 6-9 p.m. and is $55 per person.

The Four Seasons Resort The Biltmore is located at 1260 Chanel Dr., Montecito. To purchase tickets for either event, please call 805/565-8232.

An update from Westmont College : Small works of art from several hundred artists from around the country will be auctioned during “5X5: Celebrating Westmont College’s 80th Anniversary” at the Westmont Ridley-Tree Museum of Art. The online auction will begin Thursday, Jan. 11, at westmontmuseum.org and last until Jan. 26 at 5 p.m. However, due to the destruction in the local community from mudslides, an opening reception will be delayed until Thursday, Jan. 18, from 4-6 p.m. The opening reception, which includes coffee and cake, is free and open to the public. This is the largest fundraiser of the year for the museum.

Several hundred small works of art from artists from around the country will be auctioned during “5X5: Celebrating Westmont College’s 80th Anniversary” at the Westmont Ridley-Tree Museum of Art from Jan. 11-26.

(Event delayed due to flooding) All proceeds from the event will go towards the museum.Artists were invited to create a unique work of art on a five-inch square piece of paper which they received and returned to the museum by mail.

In the past, the auction has raised upwards of $20,000 for the museum.

“We have been looking forward to bringing the 5×5 exhibition back and Westmont’s 80th Anniversary is the perfect way to celebrate,” says Judy Larson, R. Anthony Askew professor of art history and museum director. “It’s a great opportunity to support the museum’s programs, meet new artists and connect with old friends.”

For more information, visit westmontmuseum.org or contact the museum at 805/565-6162. Westmont Ridley-Tree Museum of Art is located at 955 La Paz Rd. It is free and is open to the public Monday through Friday from 10 a.m. to 4 p.m. and 11 a.m. to 5 p.m. on Saturdays. It is closed Sundays and college holidays.