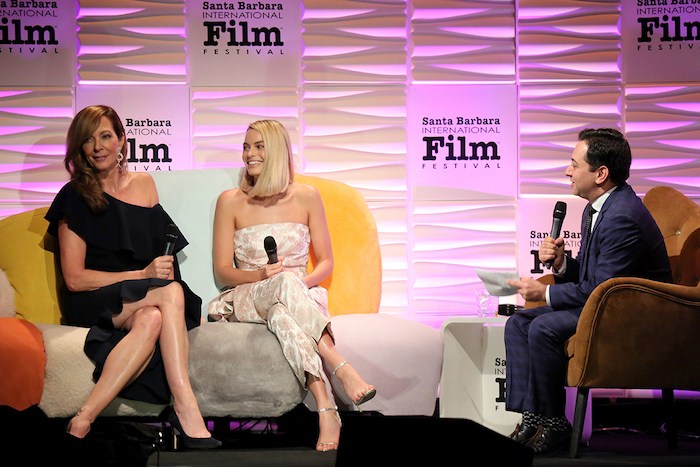 A joyous celebration of the art of cinema, the Santa Barbara International Film Festival (SBIFF) is one of the leading film festivals in the U.S., offering its 90,000 attendees (comprised of an eclectic mix of locals and visitors from around the world) an 11-day experience jam-packed with 200+ films, tributes and panels.

Among the highlights of the 2019 festival, taking place Jan. 30 – Feb. 9, are the celebrity tributes at the historic Arlington Theatre. First up (at press time) is the American Riviera Award honoring Viggo Mortensen on the afternoon of Feb. 2. Mortensen will be recognized for his many attributes to the art of film over the years, and most recently, his work in Green Book. 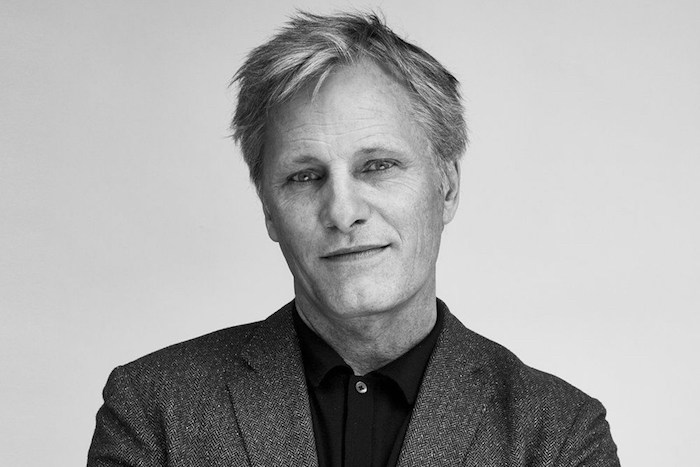 “Viggo is one of the steadiest acting forces in cinema and one of its greatest chameleons,” says SBIFF Executive Director Roger Durling. “As Tony Lip in Green Book, he delivers the capstone to his remarkable career. He encapsulates the American Riviera Award. We greatly admire and love him.” 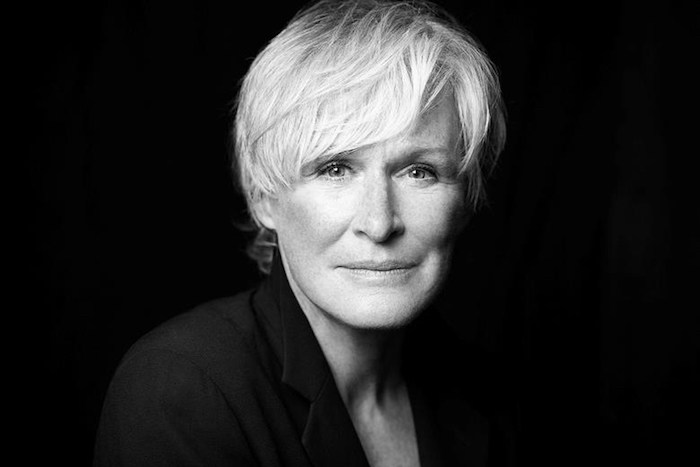 That same evening, Glenn Close is set to receive the prestigious Maltin Modern Master Award. Close will be honored for her longstanding contributions to the film industry, most recently gracing the silver screen in The Wife. Leonard Maltin will return for his 28th year to moderate the evening.

“Glenn Close is one of the great actresses of our time. Versatility is her hallmark, and there is clearly nothing she can’t do. She became a star with her first feature film, The World According to Garp, and has gone on to play everyone from Cruella de Vil to aging silent-film star Norma Desmond in the stage musical of Sunset Blvd. I can’t wait to spend an evening with her onstage at the Arlington Theatre,” states Maltin.

Melissa McCarthy will receive the prestigious Montecito Award, for her starring role in Can You Ever Forgive Me? Given to a person in the entertainment industry who has made a great contribution to film, the award will be presented to her on Feb. 3.

“Melissa McCarthy—always a compelling talent—triumphs as Lee Israel in Can You Ever Forgive Me?” says Durling. “She’s funny, dark, caustic and oh so vulnerable. SBIFF is so pleased to be able to award this performance and her career so far.” 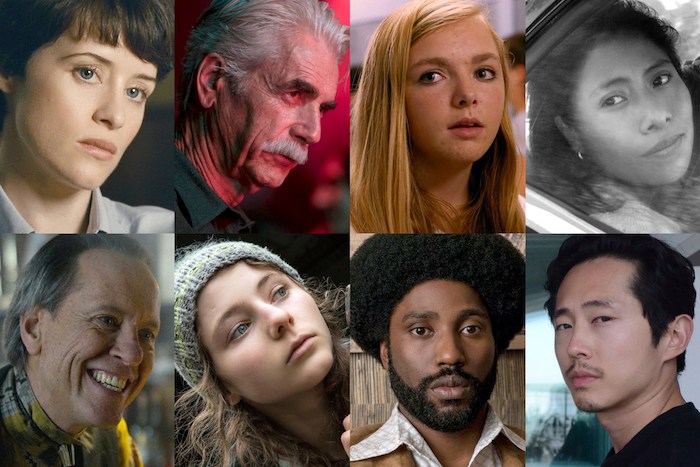 Always a fun and lively presentation, the Virtuosos Award is an honor created to recognize a select group of talent whose noteworthy performances in film have elevated them into the national cinematic dialogue. Yalitza Aparicio (Roma), Sam Elliott (A Star is Born), Elsie Fisher (Eighth Grade), Claire Foy (First Man), Richard E. Grant (Can You Ever Forgive Me?), Thomasin Harcourt McKenzie (Leave No Trace), John David Washington (BlacKkKlansman), and Steven Yeun (Burning) will receive the award on Feb. 5.

“From talented teenagers starring in their first feature films to veteran actors shining in career-best performances, this year’s
Virtuosos prove that you can have a breakout moment at any point in your career,” says Turner Classic Movies host Dave Karger, who will preside over the evening for the eighth consecutive year.

Michael B. Jordan is set to receive the Cinema Vanguard Award on Feb. 7 for his work in two of the year’s critically acclaimed,
culturally significant and record-breaking box office hits, Black Panther and Creed II.

“It’s thrilling to honor Michael B. Jordan this year for the emboldened way he’s shown us what it means to be a movie star for the 21st century—mixing sensitivity with swagger, choosing important material that remains full of integrity yet become world phenomenon, and forging a cinematic partnership with visionary director Ryan Coogler,” says Durling.

SBIFF educational offerings include a Film Studies Program for undergraduate students from around the U.S., and the 10-10-10 (Ten Writers – Ten Directors – Ten Films) Screenwriting and Filmmaking Mentorship and Competition. There are also numerous other educational opportunities for local students and community members. For more information and the complete schedule, visit sbiff.org. 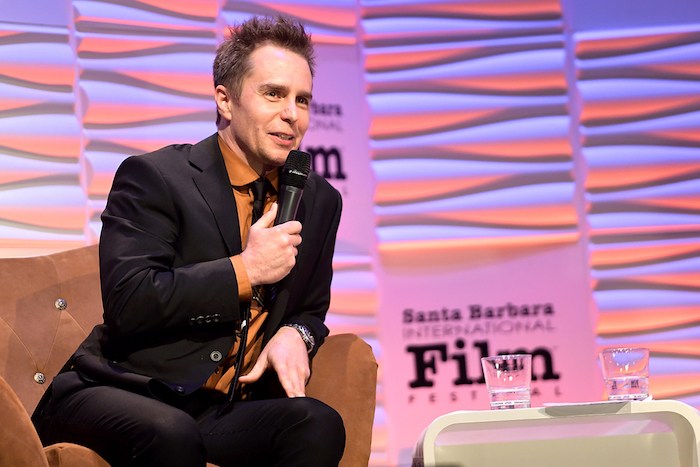 Gary Oldman, who is getting critical acclaim and Oscar buzz for his role as British Prime Minister Winston Churchill in Darkest Hour, is set to receive the Maltin Modern Master Award at the 33rd annual Santa Barbara International Film Festival.  Oldman will be honored for his longstanding contributions to the film industry and Leonard Maltin, for whom the award was recently renamed after, will return for his 27th year to moderate the evening. The event takes place on Friday, February 2, at the Arlington Theatre.

“Gary Oldman has dazzled audiences for decades with an array of brilliant performances,” states Maltin. “With Darkest Hour, he has once again proven that he is a force to be reckoned with, and a true master of his craft.

The film takes place during the early days of World War II, as the fate of Western Europe hangs on the newly-appointed British Prime Minister Winston Churchill (Oldman), who must decide whether to negotiate with Hitler, or fight on against incredible odds. Directed by Joe Wright from a screenplay by Anthony McCarten, the film also stars Ben Mendelsohn, Kristin Scott Thomas, Lily James and Stephen Dillane.

The Modern Master Award was established in 1995 and is the highest accolade presented by SBIFF.  Created to honor an individual who has enriched our culture through accomplishments in the motion picture industry, it was re-named the Maltin Modern Master Award in 2015 in honor of long-time SBIFF moderator and renowned film critic Leonard Maltin.  Past recipients include Denzel Washington, Michael Keaton, Bruce Dern, Ben Affleck, Christopher Plummer, Christopher Nolan, James Cameron, Clint Eastwood, Cate Blanchett, Will Smith, George Clooney and Peter Jackson.

For more information or to purchase tickets, click here.