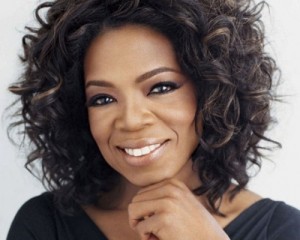 As loyal viewers know, UGG’s iconic sheepskin boots are one of Oprah Winfrey‘s “favorite things.” The classic boots have been featured on Oprah’s “favorite things” show a record five times, so it’s not surprising that UGG Australia president, Connie Rishwain is thrilled to be up on stage at the Arlington Theatre on Wednesday night introducing Winfrey as the Santa Barbara International Film Festival‘s Montecito Award recipient.

This is UGG’s eighth year as a sponsor of the Santa Barbara International Film Festival (SBIFF) but its first as the presenting sponsor. When asked why the company decided to make an even stronger financial commitment now, Rishwain expressed gratitude to the company’s corporate base in Santa Barbara.  “UGG has enjoyed great success, as has Deckers, and we’ve consistently put the majority of our philanthropic dollars back into our local community. It’s the right thing to do, and it’s also a privilege to be able to do it. Sponsoring the SBIFF is a way to thank not only the fans of the brand who continue to support us, but also our own Deckers family who live and work here,” she said.  “Last year was a good year for our business and it seemed like an ideal time to become the presenting sponsor of the SBIFF. ”

She continued,  “It’s a thrill to have the opportunity to celebrate Oprah Winfrey, and I am honored to be able to thank her in public for all that she has done for UGG.  We’ve been featured on her ‘favorite things’ show five times, and we attribute part of our global success to her love of UGG.  It’s wonderful to be able to express our love and admiration for her and all that she’s done in film, but beyond that, in the way she’s helped us understand our place in this world and how to make it better.  She’s a real inspiration.”

Deckers has more than 400 employees in Santa Barbara, and most of the UGG brand team is in Goleta in the new corporate headquarters.  “We’ve just moved into our new campus headquarters (at Hollister Ave. and Los Carneros Rd.),” Rishwain said, “so it’s an exciting time for us as we bring together people from the four offices from which we were operating, and are all together again under one roof.”

When asked about the company’s local nonprofit support, Rishwain said, “Giving back to our community and causes has been a part of Deckers’ DNA since its founding. We are a lot bigger now, and support nonprofit organizations all over the world because we have Deckers and UGG employees all over the world committed to causes and programs they care about, but the ethos is the same: ‘to whom much is given, much is required.’  We can’t be a successful company without the employees who work with us, the customers who choose to wear us, and vibrant communities in which to work and live, and we take our obligations to ‘do well and do good’ very seriously. ”

The Montecito Award was created in recognition of a performer who has given a series of classic and standout performances throughout his/her career and whose style has been a contribution to film. Previously, the award has been given to such luminaries as Daniel Day-Lewis, Geoffrey Rush, Julianne Moore, Kate Winslet, Javier Bardem, Naomi Watts and Annette Bening, who was the very first recipient in 2005. Winfrey, who appeared most recently in Lee Daniels’ The Butler, will receive the award on Wednesday, February 5 at 8 p.m. at the Arlington Theatre.