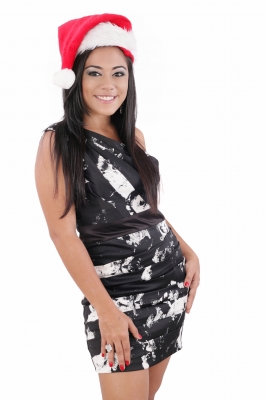 One of the best pieces of advice I ever got was from my friend Ramey: “If you don’t want to be the only one doing all the work then you have to let other people do stuff using their own standards–no matter how crappy or inferior they may be.”

She was talking about diaper rash and Desitin, but over time I’ve found that her advice applies almost everywhere from the schoolyard and the soccer field to the domestic front and delegating at work.

You can explain it by whatever nature versus nurture notion noogles your noggin, but the fact is that men are overwhelmingly better than women are at letting go of perfectionism. They don’t really notice–or if they do, they certainly don’t care about–that pile of laundry waiting to be folded on the couch. It’s simply an obstacle to sit upon or pushed aside in their quest to find a place to rest their fatigued fannies after a hard day’s work.

They aren’t the least bit disturbed if the dinner table lacks floral finery, or even utensils, as long as there’s an ice-cold beer at their fingertips. They may be masters of their domains, but most of them have absolutely no interest in anything resembling a throw pillow, quilt or home decor accessory (unless it comes in HD and surround sound).

And as for calendars, schedules and to-do lists? Forget about it. Somehow it’s more manly to store things “in your head,” despite the sometimes sieve-like filter associated with this system.

Let’s face it, there are a lot of things that men simply don’t care about and thus they don’t stress about. As hard as it is for me to admit it, I think they may be on to something, especially when it comes to the holidays.

Have you ever in your life met a man who felt guilty when a caring neighbor brought over a homemade dish of goodies and he didn’t have a lavish platter at the ready to gift them in return?

Have you ever heard of a man stalking the aisles of an all-night drug store after midnight because the five shades of curling ribbon he has at home are just not “quite the right red?”

You don’t see men stressing about losing weight to fit into a cute new outfit for the company’s holiday party or going to 17 different stores to find the perfect Secret Santa Gift for the receptionist in their office who won’t even know it’s from them.

Nope, men don’t take it as their seasonal call of duty to personally manufacture every bit of holiday magic that comes into their household. For the most part, whether the laundry is waiting to be folded or not, they sit on the couch, relax and enjoy the spirit–and spirits–of the season.

Which is why this year I’m going to try to take the holidays like a man by relaxing the perfectionism, kicking back and enjoying them.

I hope you’ll do the same. 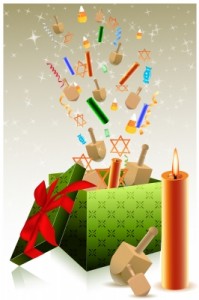 Image by digitalart, courtesy of freeimages.net

I love getting mail during the holiday season. It’s great. Instead of people asking me for money, I get chocolate catalogs, cards that wish me Season’s Greetings, and the reassurance that my college friends are still alive.

While I appreciate the heartfelt sentiments, and the updated pictures of the kids/pets/intestines/etc., there’s nothing more satisfying than opening up a mass-produced holiday letter that is so bad it is actually worth saving. You know the ones that gush with sincere emotions, and use the word “blessings” multiple times. They never let you forget that the writers have a bigger house than you, children with bigger brains and better jump shots than yours, better jobs than yours, and are much, much closer to sainthood than you can ever even dream of aspiring to–never mind the whole “I’m Jewish” thing.

I like to gather with friends to read these brag rags aloud and make fun of the writers. Add a little brandy to the eggnog, and I can feel the holiday spirit wash over me.

Here are some tips to get your holiday missive added to the playbill:

The more pompous the letter the better. “Jenna, our preschooler, is so brilliant she speaks 12 languages and just got an early admission acceptance to Harvard,” “Our his and hers XK Jaguar convertibles look like Barbie cars next to our ridiculously huge house,” and “My sixth wife, Tawny, is an aerobics instructor, brain surgeon, and mechanic who cooks gourmet meals for the homeless in her spare time.”

Even though Fox News totally invented the “war on Christmas,” this may be enough for me to take up arms.

Think of all the stamps you’ll save if your holiday letter can do double duty as Junior’s college application. “It’s no surprise that Ludwig (the football team’s top benchwarmer, mediocre concert pianist, class president, C+ student and all around great guy) was accepted at Stanford, given daddy bought a science lab (can you say, ‘future President of the United States’?).” Can you say future invader of North Korea?

If you can have someone other than yourself write the letter–like your dog or your cat–that’s even better. All those woofs, barks and meows get me extra catty after the third eggnog. If you think those are clever, think of what epistolary holiday gems might come from the “mind” of your pet TV remote control or garbage disposal.

Holiday letters in the form of poems are another party favorite. Especially the ones that are ostensibly written by your three-month old genius, and contain such gems as, “I heard you’ve been naughty, so here’s the scoop… Santa’s running short on coal this year, so you get Baby Poop.” That’s an envelope they’ll be rushing to open.

Even if you don’t have a baby genius/budding Wordsworth at home, having your kids write the annual holiday letter can be lots of fun. Their grammar may not be perfect, but their candor can be quite charming. Just ask our friends who had their house remodeled last year and then let their daughter tell the world what mom really thought of the contractor. I’m sure the backed up plumbing was just a coincidence … 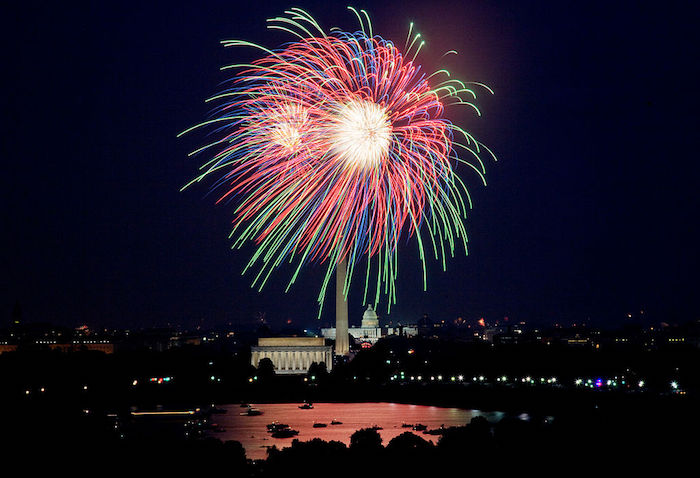 “You have to love a nation that celebrates its independence every July 4, not with a parade of guns, tanks, and soldiers who file by the White House in a show of strength and muscle, but with family picnics where kids throw Frisbees, the potato salad gets iffy, and the flies die from happiness. You may think you have overeaten, but it is patriotism.”  —Erma Bombeck

Assuming you’ve all had time to digest and burn off those patriotic helpings of hot dogs and Big Gulp buckets of beer (or cosmopolitans, in my case), and have seen enough fireworks sparkling up the sky to sate that appetite for another year, I’d like to reflect on why July Fourth is such a rockin’ holiday.

1. It makes me proud to be an American.

The Fourth of July is the one day of the year when I’m guaranteed to get a little bit verklempt about being an American. Sure it’s easy to get choked up at the ballot box on Election Day, but the results often make me want to gag. Where else but the Montecito Village Fourth Parade can you see the entire Taran Family dressed up like hot dogs, hamburgers, condiments, and Samuel Adams Beer? It’s not like they can repeat that ensemble for the Solstice Parade. They’d have to reinterpret with a tofu dog and veggie burger.

2. It makes me feel like an American…while I’m actually here.

Whether my sister and I are being stalked for photos like celebrities in Japan–because of our superior height, which is merely “kinda tall” over here–or marveling at the Balinese natives’ familiarity with George Bush–while the average U.S. high school student knows more about Paris Hilton’s latest bikini wax–I never feel more American than when I travel to another country. Maybe its that old adage about absence making the heart grow fonder kicking in, but in general, I feel much more patriotic when I’ve got a little distance between me and the good old U.S. of A.

If I had the hot dog outfit, I might actually wear it–that’s how much fun it is to dress up on this particular holiday. Unlike Halloween, where it’s expected, on the Fourth of July you can get big party points just for showing up in a star spangled outfit. Bonus points for a flag painted on your cheek, or a t-shirt that says, “Uncle Sam Wants You … To Have Another Beer.” Don’t get me started on my MLK Day costume plans.

4. I get to play with matches.

Nothing gets you in touch with your inner pyromaniac like the Fourth of July. There’s the inescapable lure of fireworks, both the big booming ones that shoot from the sky, and the cute little sparklers, whistling Pete’s and poppers that even my six-year-old likes to play with. I swear they invented sparklers so kids would have something to do on the Fourth of July while the adults are getting drunk and overeating. It’s like there’s a race to see who’ll lose a finger first: the kids with their firecrackers, or my husband when he doesn’t move his fork out of the chocolate cake fast enough. Personally, I like to reuse the sparklers to roast marshmallows, thus satisfying my needs to feel environmentally superior, play with fire, and replenish my sugar supply every hour on the hour.

Then there’s the highly amusing, and mostly masculine mania to stare at whatever’s cooking on the barbecue. My father’s newest gas-powered acquisition allowed me to eavesdrop on such conversational ditties as, “How many minutes do saber tooth tiger steaks have to cook on each side? I’m not sure. Let me check my GPS. How do you turn this thing on? I’m not sure. Let me check the Internet.” You go, grill.

5. The Fourth of July is when it really starts to feel like summer.

You can’t go to work that day, it would be un-American. Besides there are fires to be lit and drinks to be drunk. The Fourth is when laziness finally finds respectability, which is what makes a great holiday in my book.

With no holidays in sight, it looks like Leslie will be laboring away till Labor Day. Make her day by dropping a line to email.  Originally published in the Santa Barbara Daily Sound.