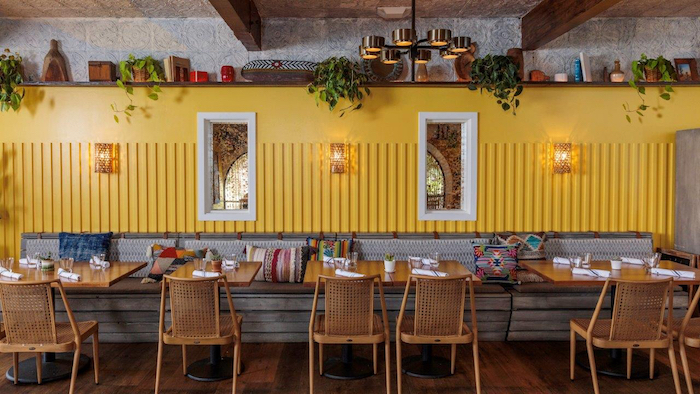 The Outpost at the Goodland dining room, courtesy photo.

Keeping the carefree, casual vibe intact, Goleta’s Outpost Restaurant and Goodbar at the Goodland recently updated their digs to brighten up the space, making the chic, California-themed Kimpton hot spot even cooler. Sunny new yellow tones in the dining room and a removable roof addition over the outdoor seating make it feel like summer year-round at the Outpost. The excellent fare includes easily shared plates like fried brussels sprouts with yellow curry, and roasted seabass lettuce cups, as well as larger entrees like the juicy strip steak, tasty salmon or hearty lamb burger. 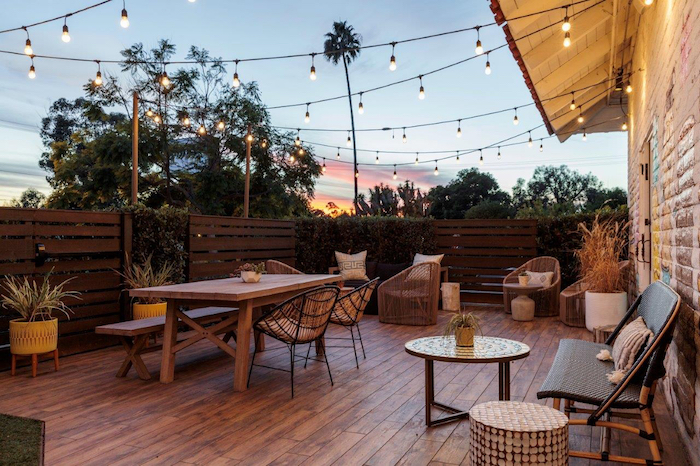 Right across the lobby, the Goodbar’s spaciously redesigned patio is a great stop to watch the sun set as you sip from its excellent crafted cocktail menu. Creative libations like the Aviation Gin-based “Park Your Car Don’t Drive” and “Who’s Your Daddy?”—made with Del Maguey Vida Mezcal—share the spotlight with a nice variety of spirits (tasting flights are available too) and a fine array of local wines and beers. 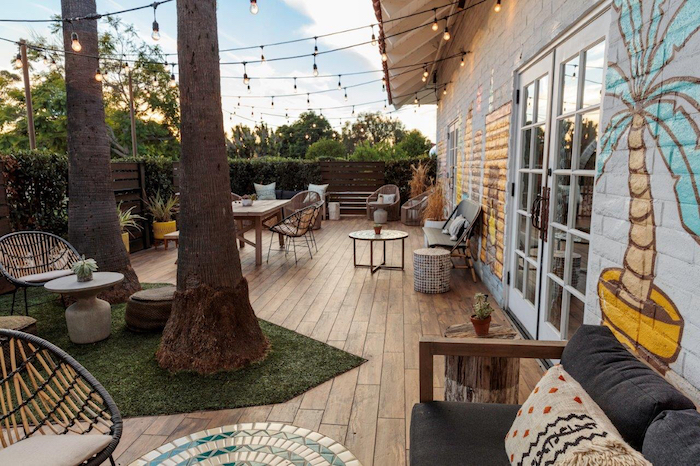 Some good news for Goleta: longtime Finch & Fork Executive Chef James Siao has taken on the dual role as Executive Chef of the Canary Hotel‘s sister property, Outpost at the Goodland. For the past five years, Siao has done an excellent job creating elevated comfort food at Finch & Fork. Our recent meal was no exception.

Leaving our menu in Siao’s very capable hands, we started the evening off with the beautifully bright Kanpachi Crudo, made with avocado and cilantro crema, pickled pearl onions, jicama, yuzu and jalapeño. This was followed by a seasonal salad of Burrata & Heirloom Tomatoes, complimented with stonefruit, kale & pistachio pesto and outstanding grilled bread.

I could have died and gone to heaven quite happily right there, but Siao continued to bring out wonderful dishes, including a creamy Fresh Ricotta Cavatelli made with spinach, peas, preserved lemon and pecorino; and an incredibly flavorful Cauliflower, with romesco, hazelnut dukkah (an Egyptian nut and spice mix) and lemon.

I can’t wait to see what Siao does with the Outpost menu. According to Spokeswoman Nicole Lazar, “Siao looks to add dishes that fit perfectly into the laid-back and sociable setting, including playful interpretations of classics. At Outpost, expect to see more sharable plates that highlight the season’s best, and focus on vibrant, flavorful ingredients. He and the culinary team at Outpost are currently working on new menus, starting with dinner, so stay tuned for exciting new creations.”