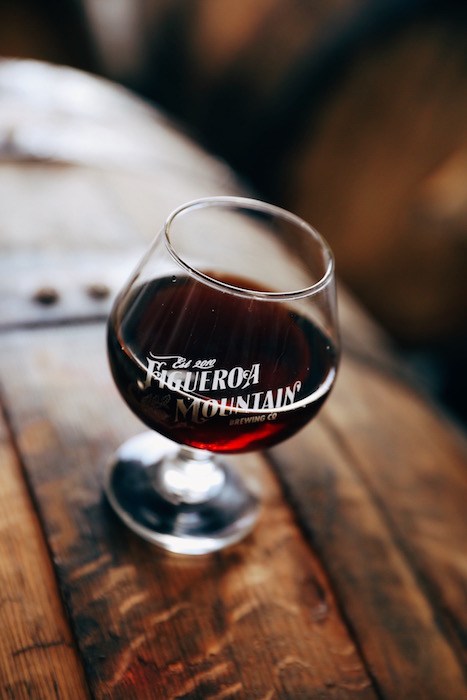 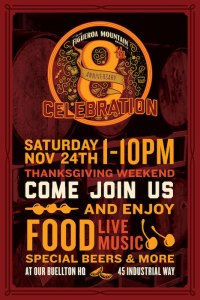 Figueroa Mountain Brewing Co. family on the Saturday following Thanksgiving to celebrate eight years of brewing. The Anniversary Celebration is hosted at the brewery’s Buellton headquarters, and is a family-friendly, indoor and outdoor party with food, live music, special beers, and more. 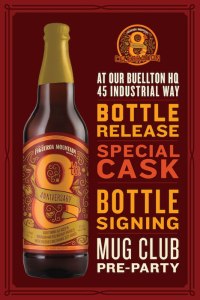 New this year is a special theme inspired by the 8th Anniversary Ale’s unique recipe. The small-batch, barrel-aged release was developed to be reminiscent of an Old Fashioned cocktail with notes of oak, vanilla, caramel, orange, and cherry. Attendees are encouraged to come dressed in their best 1920s-inspired fashion to celebrate in style.

Featuring live music from the Charles Ruggiero Trio and Echoswitch, this special party includes indoor and outdoor draft beer bars with specialty beers, an expanded and tented outdoor patio, a brewery merchandise shop, a special event “mugshot” photo scene, delicious food from The Kitchen and guest food vendors, and plenty of games and activities. In keeping tradition with past Anniversary Celebrations, there will be a commemorative keg signing and a special cask tapping of the anniversary ale. There is no admission fee, and beer and food are available to purchase a la carte. For those in the brewery’s Mug Club, there will be advanced entry to a more intimate celebration with brewery staff.

The official bottle release of Figueroa Mountain’s 8th Anniversary Ale will take place at the event, and a select few bottles will be signed by the brewery’s father and son owners, Jim and Jaime Dietenhofer.

The Anniversary celebration takes place on November 24, from 1 – 10 p.m. at Figueroa Mountain Brewing Co., 45 Industrial Way, Buellton. Hope to see you there!