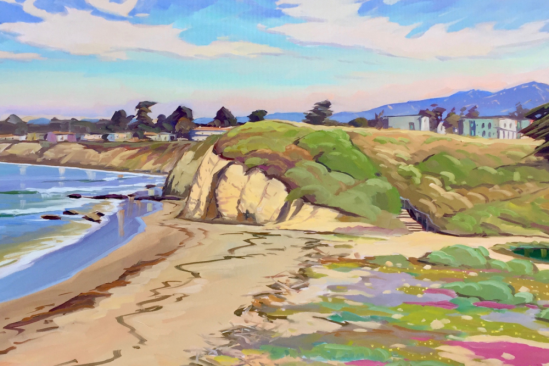 Bringing together more than 70 presenters from around the world, the Body-Mind Centering Association (BMCA) presents its 34th annual interdisciplinary laboratory, research and workshop conference at UC Santa Barbara August 6-11. 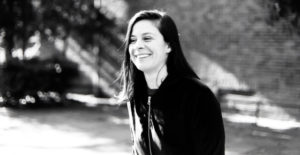 Hosted by brooke smiley, a lecturer in the Department of Theater and Dance, this somatic movement conference features an array of workshops, panel discussions, presentations and performances. The theme, “Self and Other,” reflects the conference emphasis on the evolving indigenous embodiment in relation to dance, song and land.

“I wanted to create a focus on what it means to value our differences and also bring focus to our interconnectedness,” said smiley.

She anticipates approximately 130 participants at the conference, which is open to the public. “It’s interesting because we have a lot of people from different realms: science, dance, academia, choreographers, dancers, therapists and infant movement development specialists,” smiley said. “Movement research takes a lot of different forms out in the world. As host, I’ve been able to be supported in bringing a focus to an indigenous educational awareness about the land here, specifically before UC Santa Barbara was here, and the dances and the songs that came from the bodies in relationship to this land.”

With that awareness in mind, the Friday, Aug. 9 plenary session led by smiley, titled “Embodying Land in Dance and Song: Addressing Decolonization in Indigenous Ceremony and Performance,” includes a panel from the Santa Ynez Band of Chumash Indians. An indigenous dance artist herself, smiley was recently named a 2019/2020 Advancing Indigenous Performers Fellow by the Western Arts Alliance, a program made possible by a lead grant from The Andrew W. Mellon Foundation, and additional support from the Doris Duke Charitable Foundation and the National Endowment for the Arts.

Among the conference highlights:

• A two-part presentation by BMCA founder and Bonnie Bainbridge Cohen. “Engaging Self and Other through Embodiment, Part I” will begin at 12:30 p.m. Saturday, Aug. 10. Part II will take place at 9 a.m. Sunday, Aug. 11.

• Two evenings of dance performances (Aug. 7 and 8 at 8 p.m.) in 1151 Humanities and Social Sciences Building. Admission is free.

Founded in 1985, the BMCA is a professional organization dedicated to exploring, sharing and expanding body-mind centering work. Members reside around the world, including the Americas, Europe, the Middle East, Asia and Australia.

Additional conference details and registration information is available at https://bmcassociation.org/conferences/2019-bmca-conference. A complete schedule of events can be found at https://bit.ly/2JHR7YJ.

Originally published in The Current (UCSB) on August 5, 2019.