One of Sam DeNicola’s goals as the founder of Bread Bike (slobreadbike.com),
a community-supported bread bakery and delivery service based in San Luis
Obispo, is to feed and get to know as many people in the community as possible.
“I really like getting to see the people who are going to eat it,” DeNicola says of his
company’s fresh wares. “Just yesterday when I knocked on a door, two little girls
squealed, ‘Yay, it’s the bread guy!’ ”

Co-owners DeNicola and Mariah Grady bake about 300 loaves a week of 100
percent organic, naturally leavened sourdough bread in various flavors, which
are delivered by bicycle to subscribers’ homes and pick-up locations, including
Whalebird Kombucha and SLO Food Co-op in San Luis Obispo and Etto Pastificio
in Paso Robles. In areas from Santa Barbara to Los Osos, loaves are delivered via
the Blossom Urban Garden community-supported agriculture program. 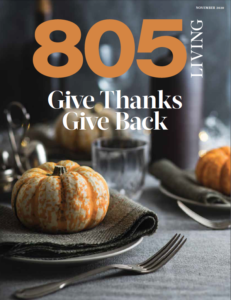