You’ve come a long way, baby … but you’ve still got a long way to go

“I’ve often thought there is nothing that makes a man a feminist faster than becoming the father of a daughter.” — Peggy Orenstein 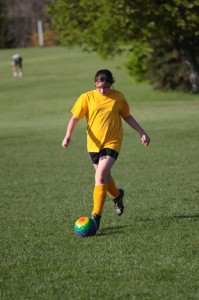 Title IX had its 35th birthday last week. It’s hard to believe that the statute designed to level the playing field by banning sex discrimination in federally funded education programs is now officially middle-aged. From my over 40 vantage point, 35 doesn’t seem even close to middle middle-aged, but that’s another subject for another column.

What I want to talk about today is women in sports, and the maddening fact that despite the past 35 years of progress we’ve made, it was three little words from a radio talk show host that got the most attention for female athletes this year.

Now don’t get me wrong, I’m not here to join the dogpile on Imus. I think he should be free to say whatever idiotic thing he wants–with the exception of yelling “fire” in a crowded room–just as we should be free to throw tomatoes and boycott anyone who advertises on his show.

But here’s the point: without Title IX, it’s doubtful that the Rutgers women’s team would have even had the opportunity to play basketball, let alone make international headlines.

When I was a kid, I remember being mesmerized by Billie Jean King‘s trouncing of Bobby Riggs in “The Battle of the Sexes.” At the time I thought it was just another example of the “Girls Rule, Boys Drool” battle we played on the playground. I had no idea that part of King’s motivation was to inspire the enforcement of the law.

She recently said, “I wanted Title IX to succeed so badly. I was trying to change the hearts and minds of the people about it. This had nothing to do with tennis; it was about social change.”

But the battle for equality has still not been won. “In 2002, women made up 54 percent of college students, but they only comprised 43 percent of college athletes. Meanwhile, men received 36 percent more athletic scholarships than women. Women also receive only 20 percent of computer science and engineering-related technology bachelor’s degrees, and only 39 percent of all full professors at colleges and universities are women,” said Representative Carolyn Maloney (D-NY) in a statement celebrating Title IX.

At the same time, as the mother or a boy — Really? Only 46 percent of college students are men? Maybe my kid’s going to need that athletic scholarship. Although, after watching him barely hold his own during the Fourth of July WWF smackdown with Dr. B’s daughter, I’m not holding my breath. He would have been fine if the other Dr. B’s daughter hadn’t leapt in and put him in an illegal choke hold, the nappy headed… Oh! Sorry. Carried away. Well, he’s good at math and science. Maybe that will carry him.

Besides, it’s not just about scholarship opportunities; it’s also about access to competition, an essential piece of being in the work force, and succeeding in life. By now, research has established beyond doubt that girls who participate in sports have higher self-esteem, lower drug-abuse and pregnancy rates and better odds of attaining a college degree. Then there are the intangibles: lessons in teamwork, winning and losing gracefully, and rebounding from failure.

Girls today assume they have a right to athletic opportunities–even girls who cheat at wrestling just to humiliate my child. Let’s make sure to keep working so that those playing fields are truly level.

Inspired by the women at Wimbledon, and despite her middle-aged knees, Leslie recently dusted off her tennis racket only to brush up on the art of losing gracefully. Share your athletic adventures with her at Leslie@LeslieDinaberg.com.

Originally appeared in the Santa Barbara Daily Sound on July 6, 2007 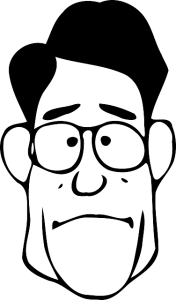 I can hardly believe it, but by the time you read this column, I’ll be married to a middle-aged man.

Zak, my dear husband who was barely legal when we met — and used to be two grades younger (as he likes to remind me) than I am (but only 19 months younger, as I like to remind him) — turned 40 on April 5.

Or “30-ten,” as my sister has recently taken to saying.

While I entered my 40s kicking and screaming and comforting myself with ridiculous made up mantras like “40 is the new 30,” Zak seems to be taking it all in stride … at least so far.

It’s a running joke in our house that people who don’t know him usually address him as “Sir,” or more commonly, “Dude.” Perhaps it’s because of his 80s rock star haircut, but the “Dude” dispatch is not infrequently followed by an invitation to either purchase or sell some kind of illegal substance.

When we honeymooned in Bali, a group of village woman started the rumor that he was the then long-locked Michael Bolton, who was appearing that week in Denpasar. Then, at a sushi place in Los Angeles, weird Al Yankovich’s date once mistook the two of them. And once in a while he still inspires chorus’s of Peter Frampton’s “Baby, I Love Your Way.”

Maybe he doesn’t look so young after all (and maybe he should actually learn to play the electric guitar I got him for his 20-tenth birthday).

If it’s not the fact that he looks young, then perhaps Zak’s blase reaction to aging is because he’s so in touch with his inner child.

When our son’s teacher made an offhand comment about his fraternal relationship with his father, I wasn’t sure how to react. Should I be happy that my only child has a close playmate, or annoyed that my oldest son is turning 40 and still living at home?

For the most part, my five-year-old and my 40-year-old boys play really well together. They both love computer games, Foster’s Freeze chocolate dip cones, science fiction/fantasy stories, jumping on the furniture and fart jokes.

And the tall one can drive. How cool is that?

Unlike most people over 30, my husband still clings to the notion that listening to KJEE and wearing shorts year-round still gives him some modicum of coolness.

Could Zak’s enviable boatloads of self-esteem be the reason behind his good humor this week?

I’ve got a theory about men, women and self-esteem. While a woman’s self-esteem can ebb and flow depending on what their hair does, what their scale reads and how guilty they feel about what they did or didn’t eat for breakfast, a man can look in the mirror once or twice during high school and if they liked what they saw, that image is permanently embedded in their psyches, despite all evidence to the contrary.

Apparently Zak thought he was pretty cool in high school, and has seen no reason to change that opinion in the past two decades.

The fact that he still has the same group of friends — and they actually all still like each other — probably helps. Maybe 16 and 40 aren’t so far apart after all.

If being cool at 16 meant cracking up your friends by quoting Jeff Spicoli lines from Fast Times at Ridgemont High, then being cool at 40 means doing a spot-on Spongebob Squarepants impression.

And if being cool at 16 meant pretending not to notice when your girlfriend had a few zits, then being cool at 40 means pretending not to notice when your wife has a few wrinkles. It’s also refraining from comment when she gains a few pounds, is in a bad mood, wants to go out with her girlfriends, burns your dinner or puts tampons, chocolate and Diet Coke on your grocery shopping list.

I can hardly believe I’m married to such a cool guy.