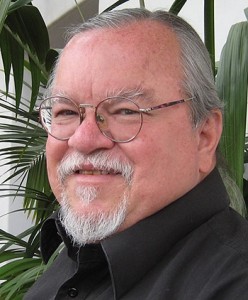 After almost 25 years as the City of Santa Barbara’s Community Development Director and a City Planner, Dave Davis now brings his expertise to the Community Environmental Council (CEC), where he serves as CEO/Executive Director.

Leslie Dinaberg: Did you ever think you would end up working for the CEC after retirement?

Dave Davis: The simple answer is no … but it’s great. It was taking all the things I had
learned for 30 years and applying them from a community standpoint of being an
advocate for positive change. … It was liberating for me to really focus on what
needs to be done.

DD: It really was. So did I ever envision it, no. But boy it slapped me upside the
head and there was no denying that yeah, I want to do this. I want to put my
effort behind it.

LD: That’s terrific. What are some of your priority programs?

DD: Starting the energy program … to create a blueprint for Santa Barbara
County. We found a nice little jingle, “Fossil free by ’33.”

… We basically set the priorities. They are really simple. Within in this region
focus on energy efficiency, personal energy efficiency and building energy
efficiency, secondly transportation efficiency, and that includes everything from
hybrid cars to mass transit and so forth, alternative fuels, building as many
literally, renewable projects within the region as possible.

LD: What do you mean by that?

DD: Wind, solar, wave. What this blueprint does is it actually inventories the
potential for any of those categories here in Santa Barbara. When you look at the
state of California and …the amount of land that you can actually do major wind
projects boils down to a very, very small area, two or three spots, and we happen
to be one of them. In and around the Lompoc Point Conception area, and
offshore outside of the islands, there is a significant potential for wind
development over the years that could supply major amounts of energy-not just
for Santa Barbara, much more than we would ever use-that we would be
supporting the energy use of Southern California.

… The big solar projects for us are inland, Cuyama Valley those areas out there,
that’s where the potential is. But there is on top of essentially almost every
significant rooftop the opportunity to do major solar distributing to the community.

… Financing is just so expensive, so one of the things we’re working on …
there’s been recent legislation which allows cities and counties to float low
interest revenue bonds which are then paid off by people who want the solar on
their houses and their payments go onto their property taxes over 30 years.

… Lastly when it comes to renewables there, is potential within the region for
wave energy. This is really new technology, … but again when you get off of
Point Conception area, the wave frequency, wave height, again we have a
resource potential there which outstrips our usage here.

LD: So you’re got this blueprint and you’ve got these plans …

DD: … so the last thing here is to move this out into the community and public
policy. … We formed a coalition with the architects, the American Institute of
Architects, the AIA; the Santa Barbara Contractors Association, the Sustainability
Project and Built Green Santa Barbara, and we went to the city and challenged
them to work with us to develop the most energy efficient ordinance in California,
if not the country, and we did. And adopted it. And it’s been in effect and we’re
going to the county in the very term to move that policy also out into the
county.

LD: In the county, because of the fires, there’s a lot more building going on now
than we would have ever thought.

DD: Now let’s go into another example. So the fire happened and we were all
affected in one way or another, emotionally if not physically. …Again, we pulled
together our same coalition …We held a community forum up at Montecito
Covenant Church and we had 250 people.

Our coalition, led by us, went to the city and the county and said we want to
develop a plan not just to fast track these guys, but to basically put them on a
whole other process that they avoid the pitfalls of rebuilding. So we worked …
that if in fact they come in and they want to build better, they don’t go down
through that whole process of boards and committee and reviews, so they have
an independent review to look at those architectural, energy, and fire resistance
improvements and that they would move, not just to the head of the line, they
would go on consent calendar, that they would move directly on to the consent
calendar of the design review board so that they can go immediately into building
their house.

DD: Yes. …If you went in and tried to retrofit those big old houses it’s really
complicated. But now people can actually think was that the best place to put the
building. Did it need to be over here? Did the road need to be wider? Did the
materials need to be fire resistant? And while I’m doing this could the materials
basically save me money energy efficiency wise?

And I must tell you, the night we set up this forum it was one month to the day of
the fire we held the forum, which was pretty quick to get people out, organization,
everybody there. Not knowing how traumatized people would be …we really
actually hit a nerve. … People came up to me and said this is the first time since
the fire that I felt any sense of help. I teared up because it was really personal. …
This was just a great opportunity for the community to come together.

LD: What do you think would be the single thing that we, as a community, could
do to improve our energy efficiency?

DD: There isn’t one, there’s really two. They are at the heart of what I’ve been
talking about. On the South Coast, the biggest things that we can do is one,
make our buildings more energy efficient. … The second thing … if we could
develop aggressive social carpooling techniques, it would be significant. …
Young people, they’re geared to do it. Generationally, they’re going to do it, if we
can give them the tools and encourage it, then you start pushing it up to old folks
like me, we could go a long way.

LD: That’s actually a great use of technology.

DD: The other thing too, if we build the freeway, … that third lane being an HOV
(high occupancy vehicle) lane and running buses from Ventura like they’re doing.
They’re going through the roof with their subscriptions and carpooling of three
people per car. It would make a difference not just on the freeway but on the city
streets and in the parking lots.

LD: That has a good synergy with your work as a board member at MTD
too.

DD: Oh absolutely. To my glee I found with my retirement that I could pull
together all the good things that I wanted to accomplish and do them. Not bad.
(Laughs).

LD: If you could pick three adjectives to describe yourself, what would they
be?

DD: Clearly I’m passionate, and that goes from my avocations to my vocation;
knowledgeable, both from the standpoint that I’m now a community elder, and
that I have basically always loved to seek knowledge and continue to. You know
the thing that I loved about my job with the city was that it brought me into
contact with so many different fields of expertise and knowledge. …. The other
one I would say is basically I’m happy, that Joie de Vivre, let the good times
roll.

Little-Known Fact: Until a few years ago Davis was an avid surfer, and once
surfed 20-foot waves in Kaui’s Hanalei Bay.

Originally published in Noozhawk on February 17, 2009. Click here to read the article on that site.