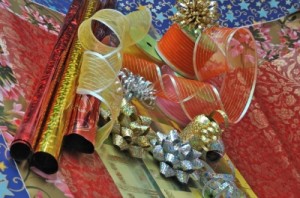 Little did I know that when I enrolled my child in public school I was signing up for a 13-year tour of fundraising duty.

I’ll never forget the first time Koss jumped in the car and delightedly declared how excited he was that he was going to win a squishy pink and yellow stuffed turtle to dangle from his backpack. He sounded like a late night infomercial huckster as he excitedly explained that, “all WE have to do was sell a minimum of 30 rolls of wrapping paper.”

Is that all WE have to do?

Forget the fact that all of his stuffed animals had been relegated to the back of the closet and declared babyish a few months before, he would absolutely die and be the laughing stock of the school if he didn’t win one of those cool turtles.

And that was just the beginning of the all of the fabulous prizes he could win, he explained, shoving a prize incentive catalog at me that looked a thousand times glossier and heavier than the actual wrapping paper they were trying to push.

Overlooking the fact that WE already have a Wii, which he mostly ignores, I quickly did the math on this one. If WE sell 300 rolls of wrapping paper at $8.50 each, that’s over $2,500 bucks for an item that sells for about $200 at Best Buy. And that’s not including the value of our time, let alone all the pride I have to swallow every time I ask a friend or neighbor to write another check for the school.

When I was a kid selling candy bars was easy. I just put them in nose-shot of my dad and they all disappeared within a few days. Unfortunately for Koss, his school uses catalogs to sell stuff, so it’s easier to resist.

Besides nowadays, as we all learn the hard way, children are not the real salespeople when it comes to school fundraisers: we are. Sure, they leave the pep rally assembly all fired up about how they’ll rush through the neighborhood and “sell, sell, sell.” But soon afterward the reality of homework, soccer practice, chores and play dates sets in, and the tune changes to “mom, mom, mom … how many rolls of wrapping paper did we sell?”

This year, for once, I had no problem adding up the numbers in my head: Six. That’s right, six. Three to grandma and three to me. “Did you sell any magazines?” Koss asked hopefully. “Even though the prizes aren’t as cool I can still get some.”

No magazines, no candles, no aromatic oils. This year we even skipped out on the “beautifully embossed tins” of popcorn that are large enough to house a family of four. I sold 12 of them at our last garage sale.

“But it helps pay for camp, mom,” Koss pleaded.

I know, but it’s too much work for not enough return on our investment, I explain. This year I’m going to only buy the wrapping paper that I need.

Nope. You’ll have to wait till next year – because if there is one thing that’s certain about school fundraisers, there is always another one coming up.