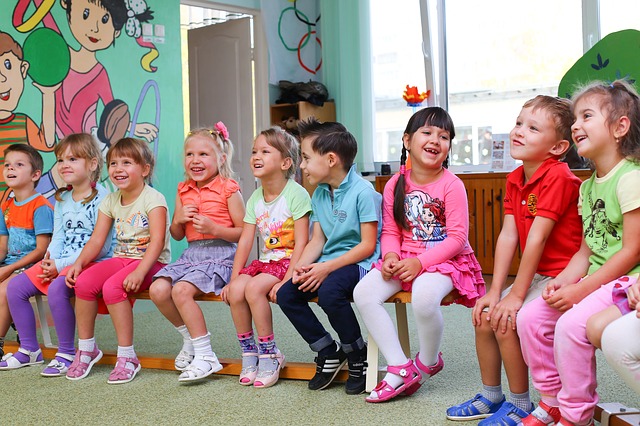 I just started kindergarten for the third time, and it doesn’t get any easier. I also started writing this column at least three times and I’m not sure it got any better.

Firsts are not my bests. I probably had more butterflies in my stomach the day Koss and his humongous Yu Gi Oh! backpack walked into Vieja Valley School than when I first set my own shiny black Mary Jane-clad feet into Washington School almost — oh, my gosh — 36 years ago.

The reason I’m writing this column is because my dear friend and colleague, Sally Cappon, abandoned me to write a book, sort of like Koss’ preschool friends abandoned him for different elementary schools. I don’t know what I’ll do without Sally to help me spell Devereux and Glen Annie or her encyclopedic knowledge of Fiesta.

Change is hard. I was just starting to get the hang of my first kindergarten classroom at Crown Pointe Elementary in San Diego. Then my dad selfishly took a job at Santa Barbara City College and moved us here midyear, without a second thought as to who I would sit with at snack time. Thankfully Mrs. Moropoulos (whose son, Craig, is now the football coach at Santa Barbara High) was looking out for me that first day. She let me have the special honor of assisting her by wiping off the blackboard and cleaning the erasers.

There are no more erasers to clean.

Koss has a whiteboard in his classroom, two computers and 19 kids he didn’t know until that first day. I was terrified, but he took it in stride, promptly befriending Ben and Bob and telling me he wished he only had three letters in his name.

One of the most wonderful and alien things about being a mom is re-experiencing some of the memories of my childhood through the eyes of a little boy. Even though the chairs have shrunk enormously, they’re still made of that artificially shiny wood. I can almost feel my bottom skating across the seat every time he sits down.

Koss is fitting easily into his new school and tells everyone who asks how much he loves it. As I agonize over the contents of his Pokemon lunchbox (do I give him the Goldfish crackers I know he’ll eat or the celery sticks I wish he would), he sings his new songs (“To stop the bus in cases of emergency, you pull the cord …”) and chatters about how much better Ms. Geritz sings than I do. In reality, everyone sings better than I do, but he never noticed this in preschool, when all the bus did was have its wheels go round and round.

Koss is becoming more and more independent every day, which simultaneously thrills and kills me. It seems like yesterday I brought him home from the hospital and he already wants to be dropped off in the school parking lot to walk to class alone (over my dead body!).

While Koss learns to pronounce L’s and R’s in a way that people other than his dad can understand, I’ll be working on a way to put my own observations into a forum that entertains more than just my husband. I’ve got high hopes for this column, but even higher hopes for Koss as he sets off on this lifelong learning adventure.

But until he learns to read, I’m counting on the rest of you.