When Santa Barbara resident Tommy Chang was laid off from his job as a marketing project manager due to the pandemic, he began
experimenting with the traditional Korean rice cakes and mochi
that he had enjoyed as a child. He tweaked the recipes to develop
his own creations, Chang says, and his mom really liked his mochi
doughnuts. That was when he knew he was ready to go public.

“She’s a pretty picky eater,” Chang says, “so when she said,
‘Hey why don’t you sell these?’—well, for an Asian mom to say to
her oldest son, ‘you should make doughnuts’ is a big confidence
builder.” 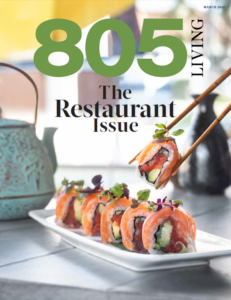 Click here to see this story as it originally appeared in the March 2021 issue of 805 Living Magazine.