Wine and romance pair together so well, why not celebrate Valentine’s Day weekend at the fourth annual Garagiste Wine Festival Southern Exposure 2016.

Not only is this an ideal way to try hard-to-find, up-and-coming wines (and meet their makers), proceeds from the event benefit The Garagiste Festival Scholarship Fund at Cal Poly Wine and Viticulture Department.

The Los Angeles Times calls this a “wildly exuberant and fun wine event,” and I couldn’t agree more. (Click here for a previous Cocktail Corner about the event.) The event features Grand Tastings of different vintages on both Saturday and Sunday. In addition, each Grand Tasting is preceded by a tasting seminar.

From 11:30 a.m.-12:30 p.m. on Saturday they’ll be Digging Deep into Mourvedre: This seminar explores different styles of Mourvedre and helps you understand why it is one of the most widely planted varietals in the world. Bob Tillman (Alta Colina Vineyards), Larry Schaffer (Tercero Wines) and Eric Mohsemi (Zaca Mesa Vineyards) will explain the joys of this under-the-radar grape as you taste your way through an amazing array of Mourvedre’s to showcase what this grape brings to the bottle.

Sunday’s seminar, from 11:30 a.m.-12:30 p.m. and sponsored by BubblyFest, is called Rise of the Bubbles – The New Breed of California Sparkling Wine: Start Valentine’s Day off right by tasting some of the exciting new bubbles—white, pink and red—that are being produced by small winemakers in California. You’ll explore the wines of Norm Yost (Goat Bubbles), Tyler Elwell (Halcyon Wines) and Dan Kessler (Kessler-Haak Vineyards).

“We are proud to continue our mission of bringing the best new garagiste winemakers to our audience and, just as importantly, bringing the story behind the wines straight from the winemakers themselves,” says Garagiste Festival Co-founder Doug Minnick. “Great wines and great winemakers in the beautiful countryside of the Santa Ynez Valley? We think this is the perfect Valentine’s Day gift.”

Launched in Paso Robles in 2011, the nonprofit Garagiste Festivals were the first to shine a light on the American garagiste winemakers, commercial artisan winemakers who handcraft under 1,500 cases a year and pay close, hands-on attention to every wine they make. To purchase tickets and for more information, go to: http://garagistefestival.com.

Hope to see some of you there.

One of theydrawandcook.com co-founder Salli S. Swindell’s examples of a perfect illustrated recipe, this cocktail by Rebecca Bradley (https://rebeccabradley.wordpress.com/) combines a recipe with history and engaging artwork. Image courtesy theydrawandcook.com.

Aesthetically pleasing alcoholic beverages always perk my interest, so I was tickled when I stumbled across the website theydrawandcook.com, a creation of Salli S. Swindell and Nate Padavick, a brother/sister design and illustration team known as Studio SSS. In addition to loads of food, there are so many beautifully drawn cocktail recipes on this site I just had to learn more about it.

I spoke to Salli recently to find out more about how this fun website came about.

“It started out as the most random project,” she laughs. They were on a family vacation back in 2009 and Nate, an avid chef, “was slaving away making a dish he had had in Berlin, which was fettuccini and figs in a butter balsamic sauce. Really drool worthy. He is cooking and cooking and I’m just sitting at the counter drinking wine and drawing the figs. It was definitely an aha! moment. I thought, I love drawing food. Why have I not been drawing food my whole career? I want some food clients.”

Both siblings were professional illustrators already, so they put their heads together to brainstorm ideas about how to get some food clients, and came up with the idea of creating a little recipe book for friends, family, and clients. They asked some of their artist pals to help, but never got enough recipes to make the book.

Instead, Nate built a quick blog. “I went to put some laundry in the wash, came back, he had named it ‘they draw and cook’ and it was up. It took like ten minutes,” Salli says.

All of the participants had their own blogs, so they posted the links and started sharing the site.

“The next day we received an unsolicited recipe and … we were like ‘what, this is crazy, who is this person, how did they find us?’ Ironically, the recipe was for an M & M casserole,” Salli laughs. So right away they had to decide, “are we going to be very generous with what we post or are we going to really curate this site tightly? And we were like, ‘oh no, we’ve been so lucky with our illustration careers; this is like a big party for everybody. Let’s just post everything we get, unless there’s something really wrong with it.’ And that right there, that just set the whole tone for what it was. Our platform was to help illustrators get showcased and get their work out there and to be a very community-driven site. And that was it. It just took off like crazy.”

She continues, “We got a book deal from it, and when we got the advance money for the book, we put that right in to the website. … It was absolutely the craziest, no planning, no upfront business plan, it just happened and it became its own thing with a life of its own.”

As for who is on the site, there are currently 5,510 illustrated recipes from artists around the world. According to the website, “The artists whose work you see in this website are a varied and talented bunch. Some of them are professional illustrators and practicing artists, while others are passionate doodlers and drawers, and a few have only recently begun to draw. A special thanks goes out to all them for joining in the fun and helping turn They Draw & Cook into a feast of inspiration!”

Adds Salli, “I think we are very much a community. We’re a community that’s welcoming and I do think a lot of art directors and artists use the site. … It’s about 2,500 maybe 3,000 different artists from all over the world.”

They recently opened up submissions to what they are calling “feast,” which is food illustrations without recipes. “Some people are very intimidated by the recipe part,” Salli explains. “We did create a free webinar of how to illustrate a recipe, and we gave all the different ways that you can think about the story of a recipe, because really, it’s just like telling any other story. Do you want it to be funny or do you want to show it in action, do you want it to be beautiful, enticing, cute, there are so many ways.”

She continues, “Some artists were really hesitant with the recipe part. I finally started asking people, ‘you’re a great illustrator, and this site gets a lot of attention, why haven’t you contributed?’ And they said, ‘Oh the recipe piece, its just daunting.’ … So we put out this webinar to kind of help people over that stumbling block. But then we thought let’s just let it be food. If you have great food illustration and it’s not a recipe, send it in.”

In addition to several cookbooks, some adult coloring books (which we featured here), the team also produced The Best Illustrated Cocktail Recipes. “There are a lot of cocktail recipes on the site,” says Salli. “One of my favorites of all time is a cocktail recipe by Rebecca Bradley. She just kind of nailed the whole idea of an illustrated recipe. But there are thousands of great cocktail recipes.”

She continues, “The thing I try to tell artists is you want to get your work out there and seen and the best way to do it is with food, even better a recipe, because people share recipes. You might not share a food illustration as quickly as you would a recipe. And the more it’s shared, obviously the better.”

As for the success of theydrawandcook.com, Salli says, “I would love to say that we saw all of this coming, and we knew what we were doing, but honestly we just stumbled in at a good time. … … It’s just so crazy. … We just got lucky.”

Salli and Nate aren’t the only ones who got lucky, so did we, in finding this cool site full of culinary, cocktail and artistic inspiration. Check out the site and let me know what you think. 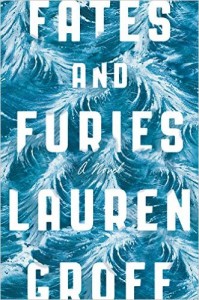 Wine and movies pair together exceptionally well—especially at the beautiful private screening room at the Bacara Resort & Spa, featuring blu-ray technology and a surround-sound audio system—so it’s fitting that this is the spot for the Santa Barbara movie premiere of SOMM: INTO THE BOTTLE, the sequel to the 2013 cult hit SOMM.

Writer/Director Jason Wise’s SOMM: INTO THE BOTTLE takes us deep into the seldom seen world that surrounds the wine we drink. How many people understand how wine is produced? How it is grown? What goes on in the cellar? From those questions to how many hands touch a bottle, to why wine costs what it costs, to how certain wines end up on a wine list, this movie offers a never before seen, insider’s look into the world of wine.

After the premiere, you can enjoy tastings by Bacara’s famed Executive Chef Vincent Lesage, as well as vintages from 11 esteemed Santa Barbara County wineries pouring an outstanding selection of wines. It all takes place on Saturday, January 16 at the Bacara, 8301 Hollister Ave.

“Bacara’s appreciation for fine wine is evident in our 12,000-bottle Cellar and onsite Foley Wine Tasting Room,” says Shashi Poudyal, general manager of Bacara Resort & Spa. “We share the filmmaker’s fascination with this intriguing world and are honored to screen a film about one of our favorite passions.”

The schedule is as follows:

Featured Wineries at the Reception:

Scar of the Sea

The cost is $80 per person and tickets must be purchased online at BacaraResort.com. Hope to see some of you there. Cheers!