The Lark is one of many restaurants offering specials to honor the 30th anniversary of SBIFF. Photo courtesy of The Lark.

It’s easy to get the star treatment during the Santa Barbara International Film Festival (SBIFF). As part of a special Film Feast promotion, all sorts of local watering holes and restaurants are offering movie-themed specials during the Film Festival (January 27 – February 7).

Here are a few of my faves:

Get in the mood for a sweep at the Oscars (my prediction) with a Birdman Martini at Ty Lounge at Four Seasons Resort The Biltmore Santa Barbara (1260 Channel Dr.). Made with 10 Cane Rum, Galliano, Gran Gala and lime, I recommend trying this one outside on the patio at sunset. Other specials include an Outstanding Carell Collins and a Cousteau Margarita. All come with an excellent view of Butterfly Beach.

If you prefer wine to cocktails, one of the newer tasting rooms in the Wine Collection of El Paseo, Jamie Slone Wines (23 E. De La Guerra St.) is doing a salute to As Good as it Gets. They’ve partnered with C’est Cheese (Hello? Wine and cheese pretty much are as good as it gets!) to offer $20 wine and cheese pairings, along with screenings of the Jack Nicholson film daily at 1 p.m. and 4 p.m. (pairings are available from noon – 6 p.m. daily).

The other Wine Collection of El Paseo tasting rooms—Au Bon Climat and Grassini—also have special film fest deals going on, so feel free to make a double- or triple-feature of it.

Also down the street at Armada Wine & Beer Merchant (1129-A State St.)  is the James Bond Globe Trotter Flight, where you can sample three wines from around the globe, as a tribute to the festival of course!

The food side of the film feast also has some fun options. Here are some highlights:

The Pasta Shoppe, in Santa Barbara Public Market (38 W. Victoria St.) has a special $30 prix fixe menu in honor of the 30th anniversary of the Santa Barbara International Film Festival. The special Italian-film-themed menu includes “Under the Tuscan Sun” Insalata dell casa with arugula, shaved red onion, teardrop tomatoes and house made grapefruit vinegrette; plus a choice of: “The Big Night” spinach, Ricotta Gnudi, pomodoro, pecorino; “Lady & the Tramp” bucatini with beef and pork bolognese, fresh herbs and parmigano; or “American in Rome” wild mshroom gnocchi, with herbed white wine sauce truffle oil. I tried the gnocchi recently and it was amazing! Don’t miss out on this one.

Also saluting the festival is “I Am Prawns!” at Crocodile Restaurant and Bar at the Lemon Tree Inn (2819 State St.). This prix fixe menu is inspired by the 2009 Italian film I Am Love. Take 1: Bacon wrapped prawns, paired with Rusack Sauvignon Blanc. Take 2: Filet mignon with portobello mushroom demi glaze, garnished with blue cheese, served with grilled vegetables and truffled mac n’ cheese; paired with Qupe Syrah. Take 3: Triple layer chocolate mousse cake paired with Robert Hall Vintage Port. This is well-priced at $35 per person or $50 per person with wine pairings. Give them a call, as reservations are recommended.

Enjoy the fest and the feast! Cheers!

Opening night of the 30th annual Santa Barbara International Film Festival brings the U.S. premiere of the powerful and true story of a self-taught dancer pursuing a dream in the suppressed society of Iran during the volatile climate of the 2009 presidential election. Forming an underground dance company, the dancers learn, through banned online videos, from timeless legends like Michael Jackson, Gene Kelly and Rudolf Nureyev. Jan. 27, 8 p.m. Arlington Theatre, 1317 State St. sbiff.org

Special menus and hotel packages will celebrate the theme “30 Years of Filmmaking,” with offers available at participating restaurants, wine tasting rooms and hotels throughout Santa Barbara. Visitors and locals alike will enjoy themed offerings inspired by the blockbuster films and indie favorites of the past 30 years.  And don’t forget to share your red carpet experience on Twitter or Instagram using #SBFilmFeast for the chance to win a Santa Barbara getaway and other great prizes!

According to the folks at Visit Santa Barbara, you can rediscover your favorite films with cinema-inspired menus and tasting flights at Santa Barbara’s top restaurants, tasting rooms and lounges, with highlights including:

·         Belcampo Meat Company will run a special meatball sandwich during Film Feast, inspired by 2009 comedy Cloudy with a Chance of Meatballs.  Mention the film for a 30% discount on your sandwich!

·         Ty Lounge at Four Seasons Resort The Biltmore Santa Barbara will be debuting three specialty cocktails inspired by this year’s festival honorees. Imbibe with a Birdman Martini, an Outstanding Carell Collins or a Cousteau Margarita.

See what’s on the menu at SBFilmFeast.com.  Santa Barbara’s Film Feast 2015 is presented as part of California Restaurant Month, held each January to showcase the destination’s unforgettable dining experiences.  Learn more at DineinCA.com. 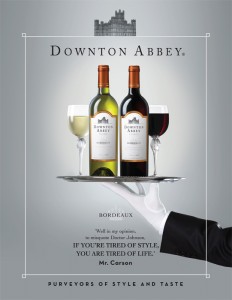 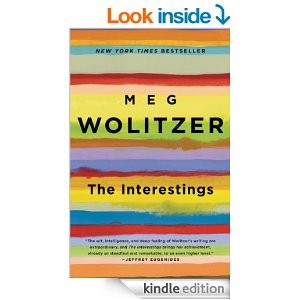 So many books, so little time—part eight.

My son started keeping a reading list in third grade, so I did too. This is the eighth year we’ve done this.

My favorite books of 2014 were probably One More Thing by B.J. Novak, The Interestings by Meg Wolitzer, and My Latest Grievance by Eleanor Lipman. All are fiction but otherwise they have very little in common other than sharp writing.

Santa Barbara International Film Festival, in conjunction with Variety, will present the first annual Variety Artisans Awards, which will take place on Tuesday, February 3, at the Arlington Theatre, moderated by Variety’s Seinor Vice President Awards Editor, Tim Gray.  The Tribute evening will celebrate those essential to the filmmaking process and who have exhibited the most exciting and innovative work of the year in the fields of Cinematography, Costume Design, Editing, Hair & Makeup, Production Design, Score, Song, Sound Editing & Mixing and Visual Effects.   The audience will be treated to a unique and lively discussion with the honorees about their individual crafts and the ways in which their fields all support and rely on each other.

The Variety Artisans Award, will be presented to:

Dion Beebe, Into the Woods (Cinematography)

Steven Noble, The Theory of Everything (Costume Design)

Shawn Patterson / Tegan & Sara, “Everything is Awesome” from The Lego Movie (Song)

Joe Letteri, Dawn of the Planet of the Apes & The Hobbit: Battle of the Five Armies (VFX)

For more information, or to purchase tickets please visit www.sbiff.org.

Want to know about Molecular Mixology? Here’s the real lowdown from Parks & Recreation.

And by the way, this hilarious show just started its final season. (Pawnee drinking game, anyone?)

Colder weather can take a toll on your tresses. Luckily, there are loads of great products to “winterize” your hair—here are a few tips:

#1 Use a moisturizing deep conditioner.

“This will give your hair all the hydration it needs to sustain the cold winter weather. You should aim for a deep conditioning treatment once a week,” says board certified dermatologist, Dr. Marnie Nussbaum. If you color or straighten or otherwise chemically treat your hair, Anna Urban, CEO of AVIVA, recommends “a hair mask like Aviva’s Hair Rescue Renewal Masque 1-2 times per week to repair damage and restore elastic, while protecting from the drying effects of UV rays.”

“Everybody loves the look and feel of freshly washed hair, but shampooing too often strips your hair of natural oils, drying it out faster,” warns Nussbaum. Products made with Argan Oil, like Josie Maran Argan Oil Hair Serum, are great styling tools for all hair types. It repairs and nourishes as it de-frizzes, with no residue and no color-fading. There are also some great new dry shampoo products on the market, such as Batiste Dry Shampoo, which is particularly good for brunettes, since it doesn’t leave any white residue behind.

“Put down your blow dryer or stick to one blow dry session a week. Too much heat will guarantee dry split ends in the winter,” says Nussbaum.

“Your body needs the correct amount of nutrients in order to maintain or achieve healthy hair. Aviva Advanced Hair Nutrition supplement contains biotin, and 18 other essential nutrients to keep your healthy and full of life,” says Nussbaum.

Opening on January 9 at the Arts Fund, BEST IMPRESSIONS consists of works by ten artist members of the Santa Barbara Printmakers who were awarded top prizes in recent annual exhibitions organized by the group and juried by art professionals from universities, galleries, and printmaking organizations in our region.

The exhibition, curated by Don Zimmerman,opens with a reception on January 9 from 5-8 p.m. and extends until February 28. The exhibition will be held at The Arts Fund Gallery, located at 205-C Santa Barbara St. in the Funk Zone. Regular gallery hours are Wednesday-Friday from noon-5 p.m., Saturday from 11 a.m.-5 p.m. and Sunday from11 a.m.-4 p.m.  The exhibition is free and open to the public.