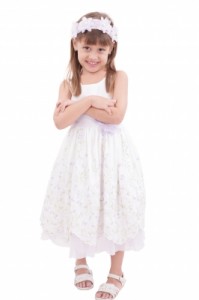 Do you ever have the urge to discipline someone else’s kids?

What about when their parents are sitting right there, yukking it up, chatting with friends or drinking cocktails, and otherwise ignoring the fact that their little brat is:

A.) Talking back to a teacher, lifeguard, parent, or other adult

B.) Tormenting a defenseless younger child

C.) Teasing an older child who could, by all rights, stop the little monster in his tracks, but is too nice (or well-mannered) to do so

Doesn’t it drive you nuts?

I don’t know what I want to do more, put the kid in a time out or throttle the parents.

Now don’t get me wrong, I am hardly the strictest mom in the cul de sac, and my son is definitely not the best behaved on the block, but he knows that no means NO, and stop means STOP, and that there are serious consequences when he doesn’t behave in the way he’s supposed to.

That seems like a pretty basic rule for getting along in society, but you wouldn’t know it from watching some of these rude, self-absorbed, bratty little jerks in action.

I’m not the only one who’s annoyed.

In a recent Newsvine poll, 83 percent of the participants surveyed said that today’s kids are more self-centered than those of past generations.

There are lots of theories about why this has happened. Pediatrician Dr. Philippa Gordon told MSNBC, “I see parents ferociously advocating for their children, responding with hostility to anyone they perceive as getting in the child’s way- from a person whose dog snuffles inquiringly at a baby in a carriage, to a teacher or coach whom they perceive is slighting their child, to a poor, hapless doctor who cannot cure the common cold. There is a feeling that anything interfering with their kid’s homeostasis, as they see it, is an inappropriate behavior to be fended off sharply.”

I understand the impulse to do everything you can to make sure that your child is safe, healthy and happy. That protective instinct is as natural as breathing for most parents.

But somehow my parents, and most of my peers’ parents, managed to avoid coddling us the way so many parents do now. In fact, I remember my parents as being much more concerned about instilling proper behavior toward others (including themselves) than the other way around.

Babble.com writer Madeline Holler postulates that, “We Gen Xers, who were so benignly neglected that we now over-compensate as parents by co-sleeping and baby-wearing and opting out. And that we’re so fixated on our children’s well-being that we wind up teaching them that other people’s feelings are less important than our own, that kids should first make sure they feel good, then (if ever) worry about others.”

It could be that.

Or it could be that in a culture that embraces snarky comments from “American Idol” judges, where Fisher Price has a toy called “Mr. Men Mr. Rude” and Mattel battles to control a line of dolls called “Bratz,” downright bratty behavior has become not only acceptable but cool.

But I suspect that the real reason most people give their kids such a free ride when it comes to bad behavior has nothing with over-protectiveness, cultural influence, or worrying about their children’s fragile self-esteem. I’m guessing they’re just exhausted, with too much to do and too little time to do it.

Not that I’m giving the parents a free pass on disciplining their children-and not that I’m going to step in and do it for them anytime soon, tempted as I may be.

But think about this the next time you see one of these sassy little brats at the pool, or the baseball field or the playground. And if he or she belongs to you, think about it extra hard. 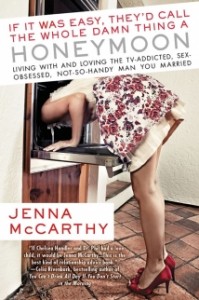 Santa Barbara has a lot of great fundraisers, but one of my favorites is the annual CALM (Child Abuse Listening Mediation) Celebrity Authors’ Luncheon.

It’s easy to get excited about buying books, talking about books with other readers and listening to authors talk about books, not to mention a great lunch with a dessert of chocolate ganache and caramel tart with raspberry garnish chocolate ring coulis (they had me at chocolate ganache), and last but foremost on everyone’s mind, a really important and worthy cause.

As I hope most people already know, CALM has led the way in building awareness, providing education and inspiring hope to everyone involved in the effort to prevent child abuse and neglect in the Santa Barbara community for the past 40 years.

Last Saturday was the 26th event of its kind-and the first to be planned by event co- chairs Becky Cohn and Carolyn Gillio. They stepped into the stylin’ stilettos left by former co-chairs Sharon Bifano and Stephanie Ortale, who created and organized CALM’s first Annual Authors’ Luncheon in 1987 and only recently gave up the reins.

Thankfully, they left them in very good hands: the day went off without a hitch.

The theme of the decor was apples-Sunday was Johnny Appleseed Day, and I’m sure you all celebrated by spitting seeds around town: Artist Susan Day’s whimsical artwork, which graced the invitation and program and was raffled off for CALM, showed children reading atop and under an inviting apple tree. The centerpieces were full of apples and the first course was chilled strawberry and apple soup-but spilling the beans felt like the theme of the author interviews.

First up, was actor Joseph Mascalo, who has starred off and on as drug dealing murdering crime lord Stefano DiMera on the soap opera Days of Our Lives since 1982 (and was ostensibly there to talk about the coffee table book Days of Our Lives 45 Years: A Celebration in Photos). He spilled the beans on what it’s really like to work on a series where kidnaping, art theft, assassinations, fake deaths and real long lost evil twins are part of “just another day at the office.” The reality is a whole lot of hard work, as he explained in a charmingly booming voice that had the mostly female audience on the edge of their seats.

Next to spill the beans was Simon Tolkien, author of several British mystery thrillers (including his latest, The King of Diamonds) and a new resident of Santa Barbara. As the grandson of beloved author J.R.R. Tolkien (The Lord of the Rings, The Hobbit) Simon talked movingly about what it was like to grow up with such a famous surname and his bold decision, at the age of 40, to give up his career as a barrister and pursue a career writing novels.

Batting third and definitely leaving no holds barred was Meredith Baxter, an acclaimed actress, who most of us recognize from her years playing Michael J. Fox’s mother on the sitcom Family Ties. What many people didn’t realize, until she notably spilled the beans that she was a lesbian on The Today Show a few years ago, is that she’s also battled breast cancer, survived domestic abuse and has been a sober alcoholic for 19 years. If her book, Untied: A Memoir of Family, Fame, and Floundering, is anything like her frank discussion at the CALM lunch, she definitely has few secrets left to tell.

Last but most definitely funniest, Santa Barbara’s own Jenna McCarthy (who used to banter on KTYD with Matt McAllister in the morning). She elicited nods, laughter and a whole lot of guffaws when she shared insights from her recent book, If It Was Easy They’d Call the Whole Damn Thing a Honeymoon: Living with and Loving the TV- Addicted, Sex-Obsessed, Not-so-handy Man You Married. She spilled the beans on what married life is really like and why sticking with the man (did we really all just marry the same guy?) you’ve got might just be a very good idea after all.

Over the years some of the authors interviewed have included: Sue Grafton, Jane Russell, Barnaby Conrad, Michael Crichton, Julia Child, Ray Bradbury, Fanny Flagg, Maria Shriver and Jonathan Winters. While big names help fill seats and raise money for the child abuse, sexual abuse and incest services and programs at CALM, longtime luncheon goers agree that the “best known celebrity is not always the best interview.” I would have to agree. This year’s panel was among the best I’ve seen. 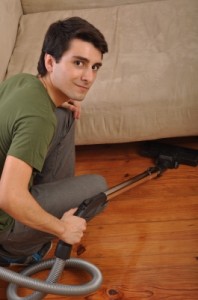 This explains why my husband can turn on the TV and happily surf skin-e-max while laying on top of a gargantuan pile of unfolded laundry … then still is surprised when I’m not “in the mood.”

Unlocking the mysteries of the male mind is, of course, a topic that has launched a million magazine articles, and the career of Dr. Phil, but he almost never talks about housework.

According to Neil Chetnik’s book about American husbands (VoiceMale-What Husbands Really Think About Their Marriages, Their Wives, Sex, Housework and Commitment), almost every level of happiness and positive feelings in relationships is related to housework.

I wonder if that’s why I’m so attracted to my cleaning lady?

Chetnik, who surveyed almost 300 husbands and did in-depth interviews with 70 others, agrees, it really is about the housework.

“In writing the book, I kept seeing the parallel between housework and sex in the interviews. Men said the happier their wives were in the division of housework, the happier the men were with their sex lives. We even looked at the numbers and found that there’s more sex in the relationship if the wife is happy with the division of housework. It doesn’t have to be exactly equal, the wife just has to think it’s fair.”

That’s what I keep trying to explain to my husband. I’ve got really dry skin on my hands, so doing the dishes and scrubbing the toilets are out. My mother is an exceptional cook, so I never had to learn how to – I can whip up a scrumptious reservation, though. Basically my domestic specialty is doing the laundry. Since that’s really all I can do, then I think it’s only fair that my husband does half of it.

Chetnik says, “When a woman comes in she notices if it’s a mess, it’s often socialized in [her] that [she is] more responsible for the look of the home so if he can recognize that by doing a fair share, then he is often rewarded with sex. She’s not as angry, or burdened and she’s not as tired.”

Got that, honey? All it takes is a few loads of whites. Smoochy smoochy.

It’s not just the actual act of cleaning the house that strikes a nerve with women. As Chetnik says, “It wasn’t till I did this book that I recognized that it’s not just the doing of the housework that’s a burden to women, it’s the worrying about the housecleaning that is a burden.”

It’s not exactly a quid pro quo kind of arrangement.

He quotes one husband who says, “My wife told me that she’s never more turned on to me then when I’m doing housework, and she’s proven it again and again.” At first he thought she was kind of holding out on him. His initial reaction was to resist that because it did feel like a quid pro quo. But then he realized that it was more about her feeling appreciated. It seems that women who feel their partners are paying attention to them, and to the household, are more appreciative and less tired.

Solely in the interest of scientific inquiry, I think this is worth pursuing, honey. No starch in my collars, please.

What do you think? Is there really a connection between sex and housework? Let us know at Leslie@LeslieDinaberg.com. Originally published in the Santa Barbara Daily Sound on March 2. 2012.