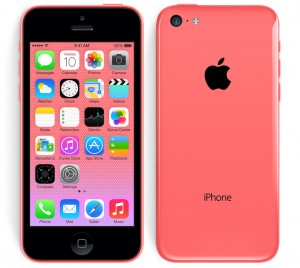 You can do just about anything on an iPhone these days. Just last Tuesday I was checking my email, while listening to a book on tape and translating last week’s column into 37 different languages. That thing is so amazing. Every time my son plays with my phone I find another screen full of new applications, some of which are even more useful than iFart.

I know it’s hard to believe.

But still, there are a few apps I’ve been searching for that haven’t been developed-yet. For example, I love Shazam, that nifty little program that identifies songs. You hold the phone to your speakers and “Shazam” it, instantly getting the name of the artist and the song, as well as the lyrics, biography and discography of the artist, and YouTube videos and links to buy it on iTunes.

What I really need these days is the people version of Shazam. Wouldn’t it be great if the next time you were walking down the street and someone looked familiar, you could “Shazam” them and instantly have all of the pertinent data you need? Have you met them before, and if so where? What’s their name is and what did you talk about in your last seven conversations? Then it could give you their biographic and geographic data, such as if they live down the street from you and you’ve never seen them out of a bathrobe before. Or if you usually only see them at the gym without makeup and they look completely different when they’re showered.

Think how much embarrassment that would save you?

You would never have to say, “Hey, you old son of a gun,” or “How are you doing, sweetie” to complete strangers again. Okay, I don’t really call anyone a “son of a gun,” but if I had this app, then I’d never be forced to.

You would also avoid embarrassing encounters like the one I once had with Helen Hunt at my gynecologist’s office, where I was sure she was someone I went to college with, a fact we stood chatting about for several, bare-bottomed, excruciating minutes (thanks to those lovely examination gowns) before she politely excused herself.

I would pay a lot for that Shazam people app. I’ve always been terrible with names, but the older I get the worse it gets. I can recite entire episodes of “The Brady Bunch” verbatim, and still remember every insult from 8th grade, but that leaves me little brain space left for remembering, say, whether or not I locked the front door, let alone the name of my mail carrier.

I could also use an iMute app, where the next time someone whose name I can’t remember corners me and chatters incessantly about how much money they lost in the stock market, and how they’re going to cut back on their personal trainers, trim their international travel down to only three European trips this year and reduce their housekeeper’s hours, I can just smile, nod and think about last night’s “Grey’s Anatomy” episode, rather than strangling them.

Or an iNstaWit app. How many times have you found yourself stuck at an event talking to someone and you have absolutely nothing interesting to say? The iNstaWit app would eliminate awkward silences by acting like a conversation starter in the palm of your hand. With a brush on the touch screen, you could become a scintillating conversationalist on every subject from sports and politics to history, local lore and pop culture.

When all else fails, there is always the Conversation Fast Forward App. Rather than suffering through yet another anecdote about the “adorable antics” of Chester the Cat or the gory details of Uncle Harry’s open heart surgery, the Conversation Fast Forward App can just breeze you through all that and onto a topic of mutual interest, which you’ll already have from Shazam.

Now let me just turn off my iColumnist… I mean, thank you for reading, as always.

Sent from my iPhone. 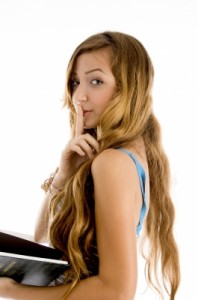 Kid Goes to Junior High. Mom Gets Fired. Film at 11.

When I walked my son to school on his first day of junior high I had a rather unexpected revelation: I had just been fired.

Sure, I was still his mom and I would never be completely pink-slipped from that role. But I had definitely been laid off from the unpaid part-time job I’d been doing for the past seven years at his elementary school.

In junior high it’s not just the kids that don’t want you around, the teachers don’t really want you there either-at least not the way they did in elementary school.

It’s not that I don’t have plenty of other things to do with my time-some of which even yield an actual paycheck-but that steady list of volunteer tasks, which included everything from attending school board meetings, driving on field trips and planning assemblies to cleaning paint brushes, running reading groups and popping popcorn, has now dwindled to zero.

All of those cliches you read about children growing up in the blink of an eye are true. It seems like one minute I was registering him for kindergarten and the next I was buying him gym shorts for junior high.

Like most jobs that have ended in my life, I miss my colleagues even more than the work itself. Those simple, insubstantial morning and afternoon exchanges with other parents and teachers of “How was your weekend?” “Is Johnny playing soccer this season?” or “Can you believe what happened on Grey’s Anatomy last night?” formed a happy framework for my day.

Now I just get up, grumble hellos to my family if they’re still around, and get ready and go to work.

So far the strangest thing about my son being in junior high is that he walks to and from school by himself.

While I like not driving him to school every day, I miss my daily check-ins with my peeps. It’s not like I ever found a best friend at the PTA Meetings, but we did a lot of bonding at bake sales and budget meetings and it’s weird to not have those people in my life on a regular basis.

It’s not that I’ll never see any of these people again, but as we cut the umbilical cord on our day-to-day involvement in our children’s lives it takes a bit more effort to stay tethered to the other adults in their community.

Tracy Jackson, who wrote a great book about aging called “Between a Rock and a Hot Place, ” put it very well. “When our children march off to college and into their future as adults, our daily caretaking, mothering and child-rearing duties are suddenly over. We have essentially been fired from the job we have been in training for, recruited to, and served in active duty for much of our lives. We are pink- slipped. No golden parachute to soften the blow. Many of us are truly devastated.”

My son isn’t even out the door yet and I’m feeling that loss.

At the same time I’m reveling in his new independence (who knew a 12-year-old child could actually operate an alarm clock and make his own lunch) and the additional time I’ve got now that I’m out of the carpool lane for a couple of years. I actually read the entire LA Times before work yesterday.

Of course, I’m not completely off the clock. My son came home with a list of school supplies we needed to go buy “right now” and my lunch cart duty at the junior high started this week, so maybe I’m not quite fired … yet. Maybe I’m just downsized.

And maybe, just maybe, that’s not such a bad thing after all.