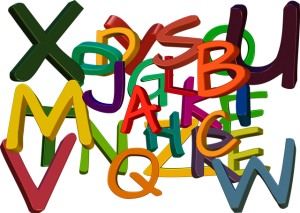 Sometimes magic words fly in the face of love and logic.

There’s no doubt that “Abracadabra,” “Alakazam,” and “Thank You” have some mighty mojo behind them, but as far as magic words go, there’s nothing more powerful in our house than “Helicopter.”

Not the winged aircraft with huge spinning blades kind of helicopter, but a different kind of spin. “Helicopter” is our code word for “Oops, I really shouldn’t have said that.”

For example, if my husband’s peacefully watching TV and I suddenly burst out, “You’re a fat, lazy turd,” all I have to do is follow that with a “Helicopter” and all is forgiven. It’s our family version of “the jury is instructed to disregard that last remark.”

Like any good six-year-old lawyer, my son has mastered the “Helicopter.” After the 12th time I tell him to brush his teeth/finish his homework/put out the recycling/tar the roof, he’ll finally look up from his Battleon game and say, “chill, mom.” But one look at my head about to explode and he quickly follows up with the magic word, “Helicopter,” and a perfectly contrite expression. I have no choice but to chill.

Forget the rewind button — which might have been more effective than throwing the pillow when I asked my husband if this tent made me look fat — “Helicopter” does the trick every time.

Yet another meaning of the word “Helicopter” came up at a PTA meeting last week.

According to the Love and Logic Institute, which is the latest parenting craze, there are three types of parents.

First, there’s the obviously-bad, “Drill Sergeant” types, who rule by intimidation, sending their spineless little plebes out into the world with spit-polished shoes and canteens full of insecurity.

Then, there’s the obviously-good Love and Logic parent, who models thoughtfulness and rational behavior, acting as a benevolent, all-knowing “Consultant,” while providing just the right dose of guidance for their child.

Finally, there’s the “Helicopter” parent, who hovers over their children and rescues them from the dangers of the world, thus giving them low self-esteem, messy hair, feeble eardrums, a weak jump shot, and gingivitis.

Huh? Not only have these people sullied my magic H-word by linking it to bad parenting, but now they’re telling me that my basest (s)mothering instincts, my maternal heritage honed by generations of women walking miles to school in the snow, sacrificing their arches so that future generations could run on the soccer fields at Girsh Park, may not be such a good thing after all.

I was outraged. What were these people thinking? Love has nothing to do with logic. If people were really logical they’d stay far away from love.

As I sat there contemplating my exit strategy, my ears perked up when the Love and Logic people launched into a role-playing skit called, believe it or not, the Helicopter Story.

Mother and son are at the grocery store and the kid wants to buy a cheap plastic helicopter that the mother knows will probably break immediately.

Kid: “Mom, I want this helicopter.”

Mom: “Oh, you would like that helicopter, huh?” (Said with empathy, not sarcastically. Who are these people?)

Mom: “Well, I’m not buying it. It looks like it’s going to break soon. (Then I’ll be able to say, “I told you so.”) What’s your plan?” (The idea is to hand back the problem to the child, not to be sarcastic. Who has that kind of restraint?)

The kid decides to buy the toy with his own money. Of course, it breaks in the car on the way home. Resisting the urge to say, “Well duh, I told you so,” the Love and Logic mom tells the kid she’s sorry the toy broke, but that it was his choice to buy it. Naturally he cries and has a tantrum, at which point the Love and Logic Institute advises (seriously) the mother to “go brain dead and use a one-liner in broken record form” until the child is ready to talk about something else.

Suggested one-liners include: “I love you too much to argue about it.” “Ohhh … this is hard.” And my personal favorite, “That is so sad.”

Since Helicopter had lost some of its luster, I decided “That is so sad” would be my new magic phrase, trying carefully to follow the Love and Logic Institute’s advice to “avoid sarcasm at all costs.”

“But mom, I don’t want a peanut butter sandwich in my lunch again.”

“Did you hear the Love and Logic Institute burned to the ground?”

Growing up in Portland, Oregon, Brent Torson spent his boyhood days dreaming of living in California where “the sky was blue and the sun always shined,” and designing “the fanciest cars he could imagine.” Now happily ensconced in sunny Santa Barbara, Torson’s fertile imagination has been transported by another kind of vehicle entirely – a new line of custom-made children’s furniture, En Gedi Beds by Torson Design.

Inspired in part by his three children – five-year-old Jaden, three-year-old Elliana and baby Lissette – Torson’s beds charm both the young and the young-at-heart.

“I’m going for that romantic era, I think that kind of journey, as opposed to doing a shiny spaceship. I’ve in fact talked to many of my wife’s friends, that have said ‘Yeah, I would sleep in that now if it was big enough,'” laughs Torson, the twinkle in his eye leaving no doubt about his own delight in new venture.

“I like wondering what’s something that hasn’t been done yet? So that’s what drives me, or what drove me even as a child was … trying to think of what’s next or what’s right around the bend,” says Torson, whose wife Leanne is also an accomplished artist whose paintings grace the walls of their Riviera cottage.

“Having kids I was just opened up to this new world of wow, there’s all these things that kids need and want and would love to have. And then I was like what would I have liked to have (as a kid) and then it just came about.”

Though his children, who are home schooled by Leanne, offer plenty of input and advice at the drawing board of his home design studio, Torson says, “Really the target market is also the parents. I want the parents to fall in love with these things. They are the ones that are going to buy them. And then they have kind of a timeless, romantic quality about them.”

The Coach Bed, the first in the En Gedi collection, conjures up Cinderella fairytale fantasies with its timeless design that Torson based on old European horse-drawn carriages.

Elliana is definitely a fan, Torson says. But then, what little girl wouldn’t want to fall asleep in such a magical setting to dream of her prince.

For adventures inspired by the high seas (and a lot of input from Jaden), there’s the Privateer Bed, a pirate ship style indoor playhouse, complete with two decks, sails, a crow’s nest, and even working Nerf ball cannons.

Torson’s skills as an architectural model builder (his “bread and butter” business) came into to play as he worked out different motifs for the beds.

“I think (both designs) have old world charm and that’s why I chose these two to begin with,” says Torson. They also reflect his romantic sensibilities, as does his life with Leanne, whom he met in an acting class at Santa Barbara City College in 1998 and married six months later.

While the designs are being marketed as beds that will draw upon the talents of local artists and craftspeople, Torson explains that they are really meant to provide complete living spaces for their young owners. Built-in dressers, bookshelves, toy storage, writing desks, lighting and even guest beds can be incorporated into the designs. Also on the drawing board are several new designs, including an indoor tree house, a Polynesian jungle hut and a super hero hideout. And in addition to the one-of-a-kind furniture pieces, Torson is an accomplished muralist who can literally set the scene for each fantasy adventure.

“The heart behind this business, my heart, is that it would employ local creative people,” says Torson. 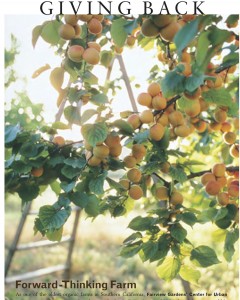